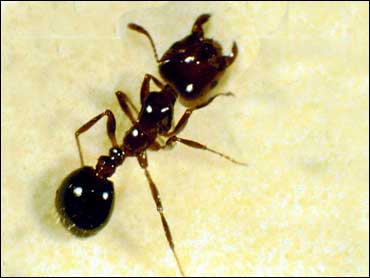 The family of a bedridden nursing home patient who died after being bitten by hundreds of fire ants will get almost $2 million under a settlement with the home's owner.

Georgia-based Mariner Health Care, the nation's third largest long-term health care company, agreed this week to pay Earl Dean Griffith's widow and children $1.875 million, a week before their lawsuit was to be tried.

"After several years of fighting and denying responsibility despite the overwhelming evidence, (Mariner) went ahead and settled the case," said Chip Barger, the family's attorney.

A Mariner Health Care executive referred questions Friday to an outside publicist, who didn't return did not a call seeking comment.

Griffith, 73, had been recuperating from surgery at the Atlantic Shores nursing home for a month when ants swarmed the retired postal worker's bed and bit him in the early hours of July 26, 2001.

Forty hours later, Griffith died of shock from the amount of ant poison in his body, the medical examiner's report said. His back, arms, chest, neck, head and shoulders were covered in ant bites.

Records showed that the 120-bed Atlantic Shores had a fire ant infestation for years. A pest control company came out weekly to spray for fire ants in patient rooms.

It was the second time in recent years that a Florida nursing home has settled with a family after a patient died of fire ant bites. A North Port home paid an undisclosed amount to the family of an 87-year-old woman who was attacked in 2000.

A 90-year-old woman who survived a 2002 fire ant attack at a Bradenton nursing home won a $1.2 million verdict last year, but the company that owned the home had gone broke and it was unlikely that she would ever collect.

The settlement should send a message to other nursing homes to follow federal law requiring them to keep their facilities free of pests, Barger said

"They've got to put patients' care and security and protection ahead of the almighty dollar," he said.