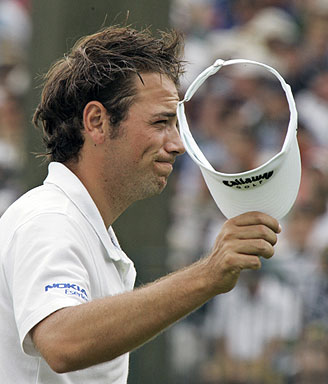 Families turn to nursing homes to give the elderly the care and attention they need, but a congressional report out Monday says 1,600 U.S. nursing homes — nearly one-third — have been cited for abuse, reports CBS News Correspondent Bill Whitaker.

"We found examples of residents being punched, choked or kicked by staff members or other residents," Waxman said.

It's a shocking reality for thousands of older Americans, a trend CBS News first reported last year with the story of Helen Love. She was attacked by a certified nurse's assistant at a Sacramento facility, who was angered she'd soiled herself.

Helen Love died two days after her interview. Her assailant got a year in county jail and a CBS News investigation found that three other employees at the same Sacramento facility had been convicted for abuse, which should have barred them from nursing home work.

The nursing home industry agrees on the need for stiffer background checks, but disagrees abuse is widespread.

"The congressman himself said the great majority of long-term care in our nation is excellent. There are people every day that are working very hard to provide that care," said Charles H. Roadman II, president of the American Health Care Association (AHCA), a nursing home trade group that represents 12,000 nonprofit and for-profit centers and homes for the elderly and disabled.

Waxman, the top Democrat on the House Government Reform Committee, which oversees spending and other operations, said Congress should re-estalish an abolished federal law that boosts nursing home spending. The Boren amendment would guarantee that the nation's nearly 17,000 homes do a better job of screening, training and counseling their staff. Roughly 1.5 million seniors live in nursing homes.

Waxman is also introducing a plan that would require criminal background checks on nursing home staff and impose tougher standards on homes with violations.

"Recruiting, training and keeping frontline nursing staff are among the most important things we can do to ensure our patients continue to receive quality skilled nursing care," said Roadman.

But center operators said abuse is not the norm in nursing homes and many staff members deserve praise.

"Our patients are like family, and incidents like those described here today are extremely rare," said Sharon Sellers, vice president of operations at Washington Home, a nearly 200-bed center in the District of Columbia.

Bruce Rosenthal, spokesman for the American Association of Homes and Services for the Aging, said Congress should focus on the troubled centers, rather than create cumbersome standards for all.

"We strongly believe nursing homes that exhibit consistently poor performance should either clean up their act or be put out of business," said Rosenthal, whose group represents 5,600 not-for-profit homes and centers.

"It would have been intolerable if we had found a hundred cases of abuse; it is unconscionable that we have foud thousands upon thousands," Waxman said.

The report found that in 1,601 nursing homes - about 1 in 10 - abuse citations were made in serious incidents that either put residents at great risk of harm, injured them or killed them.

It was not clear how many people were abused. In some cases, the report said, an abuse citation referred to a single victim; in others a single case affected several residents.

Investigators said many violations are neither detected nor reported, leading officials to believe the problem is underestimated.