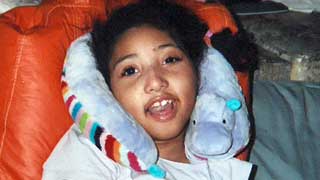 (AP) DAYTON, Ohio - Two nurses have been found guilty of charges in the malnutrition death of a 14-year-old Ohio girl who had cerebral palsy and weighed 28 pounds when she died.

A prosecutor says 43-year-old Kathryn Williams of Englewood and 64-year-old Mary Kilby of Miamisburg pleaded no contest Friday in Dayton. They each were found guilty of two counts of failing to provide for a functionally impaired person.

Authorities say Makayla Norman had numerous signs of neglect when she died March 1, 2011. They say the women were to do inspections and health assessments of Makayla at her home.

Defense attorneys did not immediately return calls. Sentencing is Oct. 24.

Another nurse is to go on trial Nov 5. Norman's mother has been sentenced to nine years for involuntary manslaughter and other crimes.