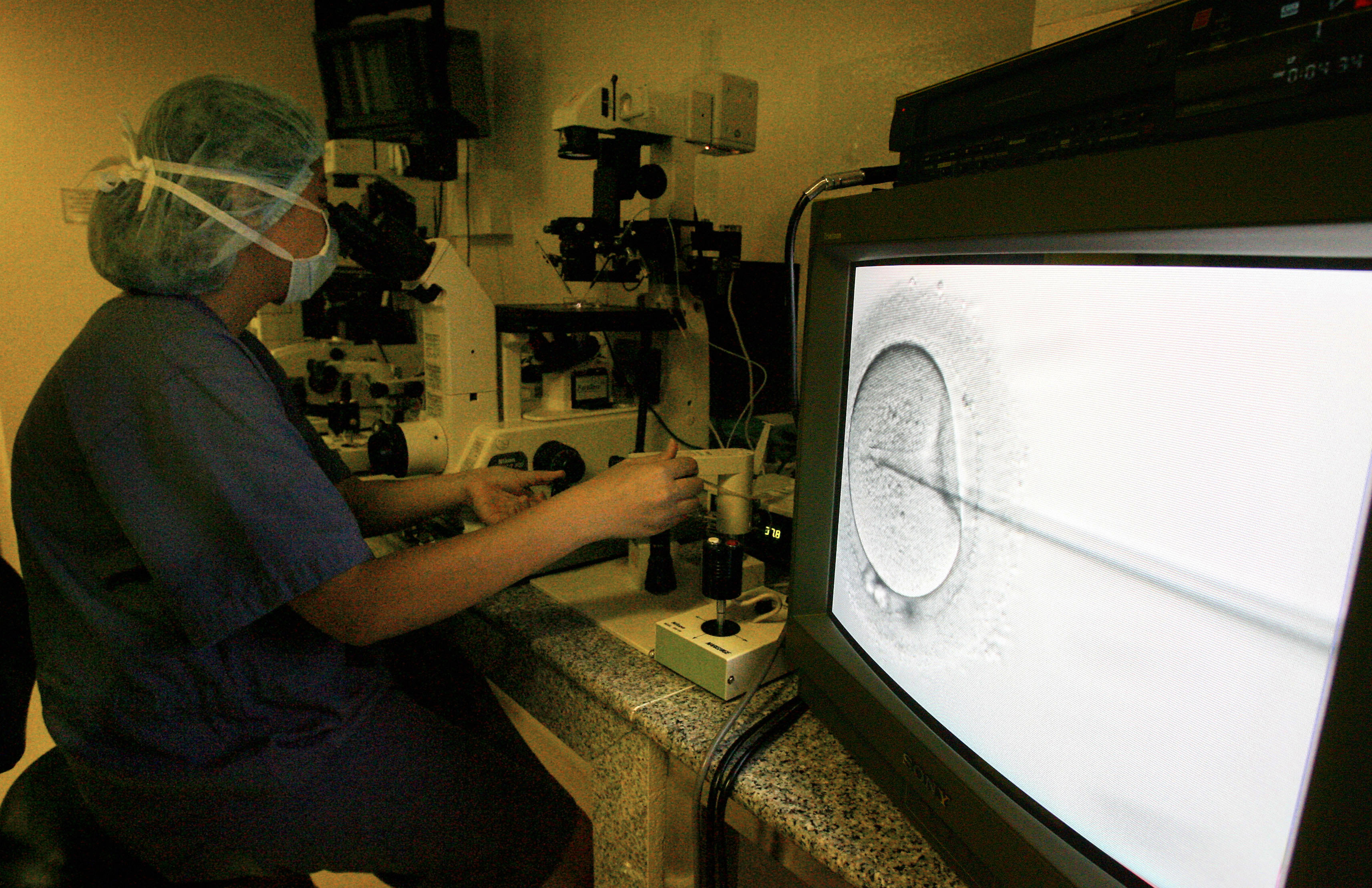 NEW YORK -- More test-tube babies were born in the United States in 2012 than ever before, and they constituted a higher percentage of total births than at any time since the technology was introduced in the 1980s, according to a report released Monday.

The annual report was from the Society for Assisted Reproductive Technology (SART), an organization of medical professionals.

SART's 379 member clinics, which represent more than 90 percent of the infertility clinics in the country, reported that, in 2012, they performed 165,172 procedures involving in vitro fertilization (IVF), in which an egg from the mother-to-be or a donor is fertilized in a lab dish. They resulted in the birth of 61,740 babies.

That was about 2,000 more IVF babies than in 2011. With about 3.9 million babies born in the United States in 2012, the IVF newborns accounted for just over 1.5 percent of the total, more than ever before.

The growing percentage reflects, in part, the increasing average age at which women give birth for the first time, since fertility problems become more common as people age. The average age of first-time mothers is now about 26 years; it was 21.4 years in 1970.

Although the rising number of test-tube babies suggests that the technology has become mainstream, critics of IVF point out that the numbers, particularly the success rates, mask wide disparities.

"It's important for people to understand that women over 35 have the highest percentage of failures," said Miriam Zoll, author of the 2013 book "Cracked Open: Liberty, Fertility and the Pursuit of High Tech Babies."

Earlier data from SART showed that the percentage of attempts that result in live births is 10 times higher in women under 35 than in women over 42. And in the older women, fewer than half the IVF pregnancies result in a live birth.

Zoll added, "These treatments have consistently failed two-thirds of the time since 1978," when the first test tube baby was born, in England.

After years in which IVF physicians were criticized for transferring multiple embryos to increase the odds of pregnancy -- because that sometimes resulted in the birth of triplets and even higher multiples, often with dangerously low birth weights and other health risks -- infertility clinics transferred fewer embryos per cycle in 2012 than 2011. As a result, numbers of twin and triplet births were both down.

The report found that more women are using one embryo at a time to avoid multiple births, which raise the risk of prematurity and other problems. Only 4 percent of women under 35 used single embryos in 2007, but that rose to 15 percent in 2012.