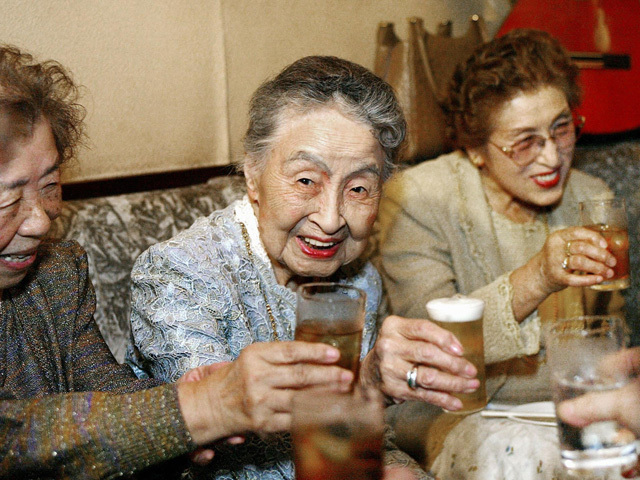 The Ministry of Health, Labor and Welfare said Tuesday that was an increase of 3,307 from last year and four times more than a dozen years ago.

Japan, with 128 million people, is one of the world's most rapidly aging societies. It has one of the lowest birthrates and one of the longest life expectancies — fueling concerns about its shrinking tax base and overburdened public pension and medical care systems.

The ministry said that as of Sept. 1, 24,952 people had turned 100 in the previous 12 months. Each new centenarian will receive a letter from the prime minister and a silver cup.

The credibility of these statistics was questioned last year after it became clear that some people included in the tally were dead or missing. The ministry relies on residential registration records to compile the statistics. An official said this year's data may include some who are missing after the March 11 tsunami disaster.

However, the ministry did confirm that all new centenarians in its tally are alive.

The report was released ahead of Respect for the Aged Day, a national holiday that falls this year on Sept. 19.