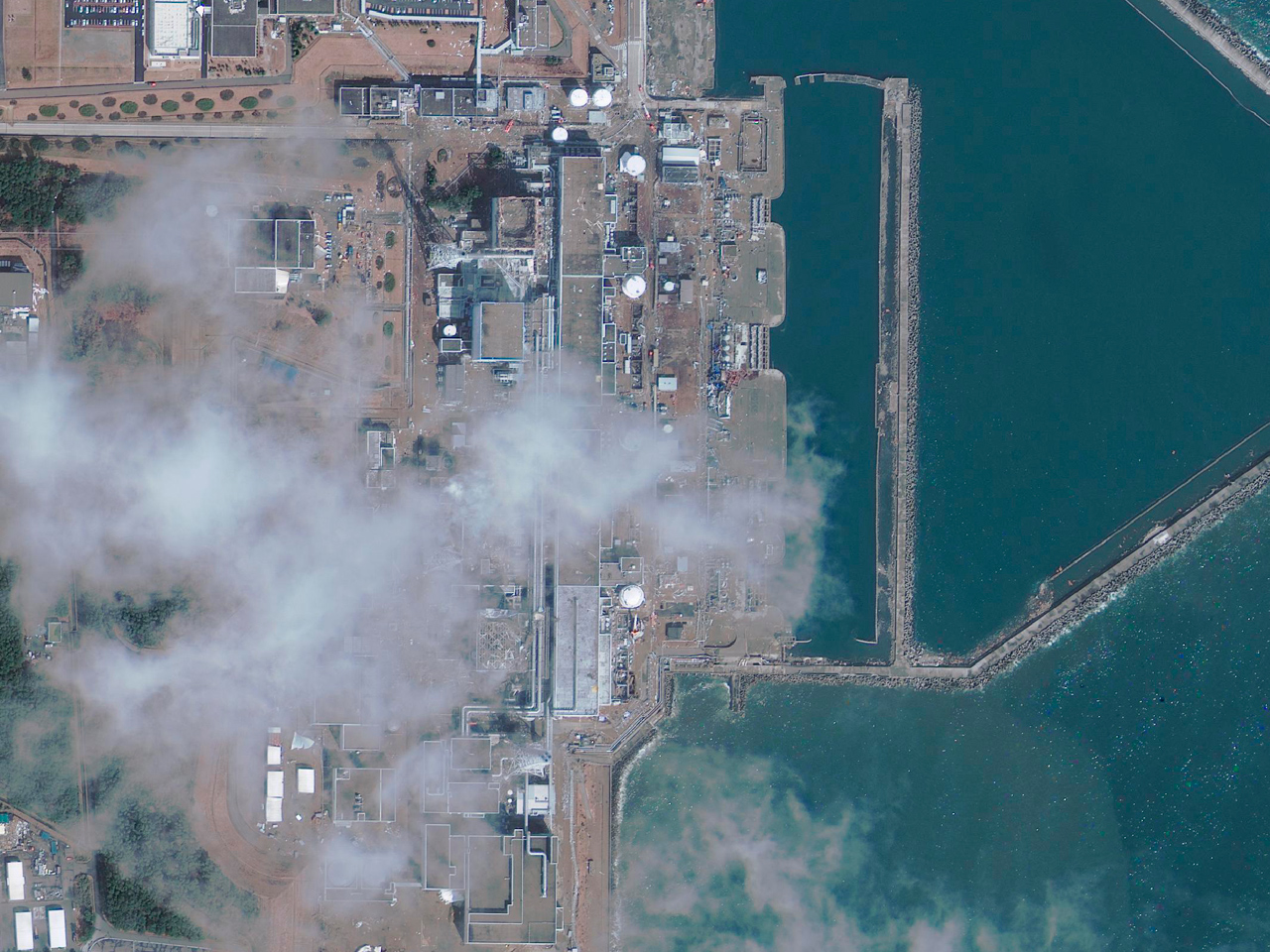 (CBS/AP) Japanese engineers conceded on Friday that they may have to bury the crippled Fukushima Dai Ichi nuclear plant in sand or encase it in concrete to try to contain the radiation.

However, entombing the facility is considered a last resort and engineers are still hoping to restore power and restart water pumps in order to cool the overheating nuclear rods, Reuters reports.

"It is not impossible to encase the reactors in concrete. But our priority right now is to try and cool them down first," an official from the plant operator, Tokyo Electric Power Co, said at a news conference, according to Reuters.

The public acknowledgement that the complex might have to be entombed in concrete - as was done hastily after the 1986 Chernobyl reactor accident - suggests the ongoing water dumps and efforts to restart the cooling pumps may not work.

Smoke billowed from a building at the nuclear power plant Friday as emergency crews worked to reconnect electricity to cooling systems and spray more water on the overheating reactors at the tsunami-ravaged facility.

Watch a report from "60 Minutes Overtime" with 10 years of "60 Minutes" reporting on the Chernobyl disaster, long-term health effects, and the "sarcophagus" solution:

If Japan decides to bury the complex, pressures and temperatures must be controlled before then, said Mario V. Bonaca, an adviser to the U.S. Nuclear Regulatory Commission. Otherwise, he said, overheated nuclear fuel will melt or burst through the sand, cement or other covering and release more radiation.

At the Fukushima plant, a core team of 180 emergency workers has been rotating out of the complex to minimize radiation exposure.

The storage pools need a constant source of cooling water. Even when removed from reactors, uranium rods are still extremely hot and must be cooled for months, possibly longer, to prevent them from heating up again and emitting radioactivity.

Last week's 9.0 quake and tsunami set off the nuclear problems by knocking out power to cooling systems at the plant on the northeast coast. Since then, four of its six reactor units have seen fires, explosions or partial meltdowns.

The unfolding crises have led to power shortages in Japan, forced factories to close, sent shockwaves through global manufacturing and triggered a plunge in Japanese stock prices.