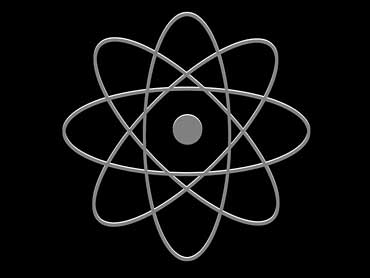 Engineers believe that the outage at F.E. Warren Air Force Base was caused by a hardware failure in a launch control computer rather than a power failure as had been previously reported, according to a defense official with knowledge of the situation.

Adm. Mike Mullen, the chairman of the Joint Chiefs of Staff, was immediately briefed about the incident Saturday. He in turn told Defense Secretary Robert Gates. President Obama was briefed Tuesday morning.

According to an administration official, at no time did the president's ability to launch missiles decrease should that have been necessary.

A military official said that the failure triggered an emergency protocol and sentries were dispatched to verify in person that all of the missiles were safe and properly protected.

The military does not believe the incident was sabotage.

The defense official, who was authorized to discuss the work of those looking into the incident, provided more details about the sequence of events that temporarily separated missileers from their missiles.

According to the official, a launch control center computer responsible for a package of five missiles began to "ping" out of sequence, resulting in a surge of "noise" through the system. The computers interrogate each missile in sequence, so if they begin to send signals out when they're not supposed to, receivers on the missiles themselves will notice this and send out error codes.

Because the computers ping out of sequence on occasion, missileers tried quick fixes. But as more and more missiles began to display error settings, they decided to take offline all five computers that the malfunctioning center was connected to. That left 50 missiles in the dark. The missileers then restarted one of the computers, which began to normally interrogate the missile transceiver. Three other computers were successfully restarted. The suspect computer remains offline.

Commanders at the Air Force base sent warning notices to colleagues at the country's two other nuclear missile command centers as well as to the National Military Command Center in Washington. At that point, they did not know what was causing the failure and they did not know whether other missile systems were experiencing similar symptoms.

According to the official, engineers discovered that similar hardware failures had triggered a similar cascading failure 12 years ago at Minot Air Force Base in Nebraska and Malmstrom Air Force Base in Montana. That piece of hardware is the prime suspect.

The defense official said that there had not been a power failure. The official acknowledged that that explanation had made its way through public affairs channels. Engineers working on the system presented a draft of their initial findings late this afternoon, the official said.