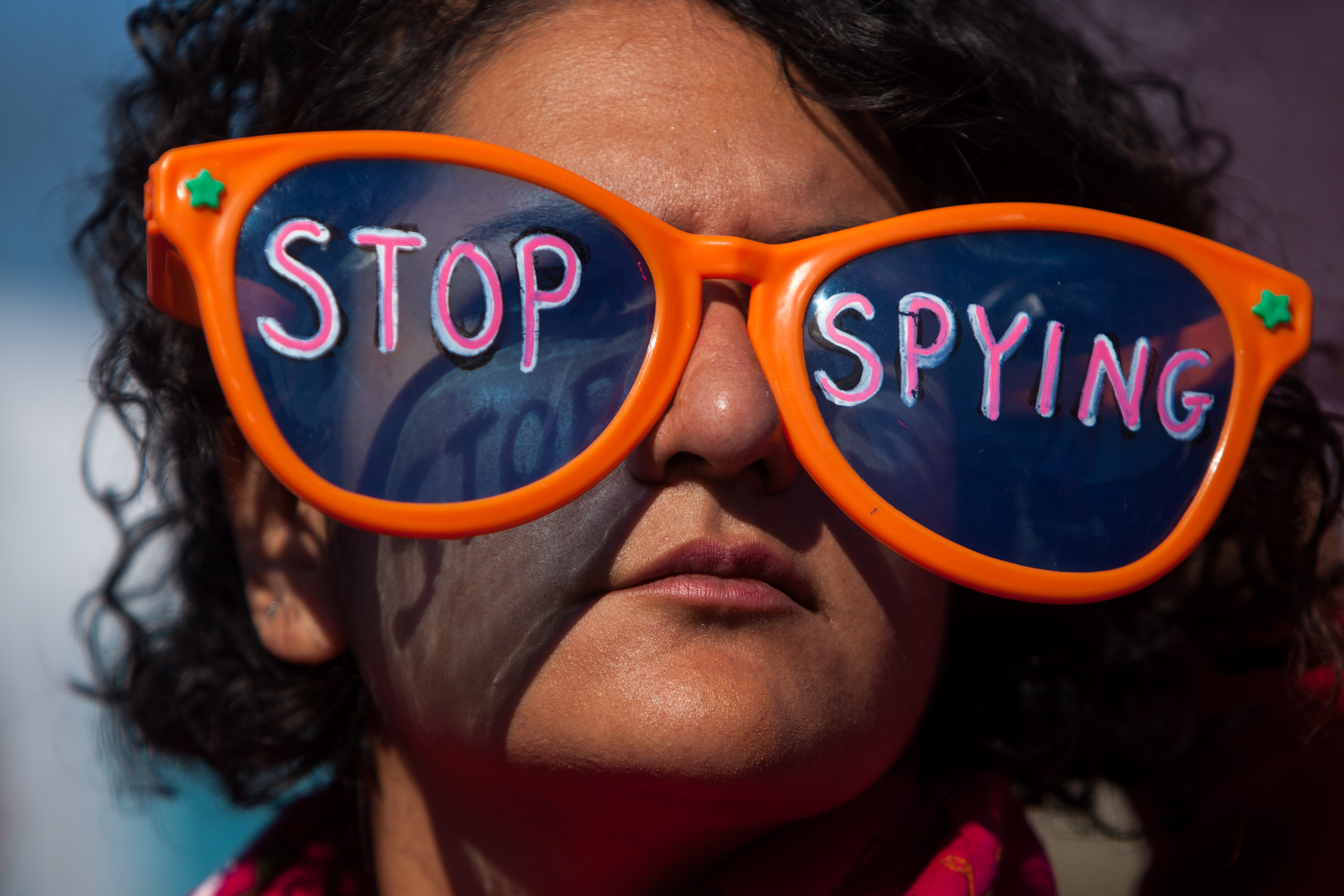 The usual suspects lined up on both sides of the government surveillance debate on Sunday, offering familiar competing takes on an argument that was re-invigorated this week with the release of a presidential review panel’s report on National Security Agency surveillance reform.

Defenders of the intelligence community continued to stand behind the government’s snooping practices, exposed in June by former government contractor Edward Snowden, saying some of the limits recommended by the report are ill-advised.

Skeptics of the government’s surveillance authority, however, lauded the panel’s recommendations, which included new limits on the government’s ability to collect and store data collected from American citizens.

Rep. Mike Rogers, R-Mich., the chairman of the House Intelligence Committee who sits squarely in the former camp, noted on ABC’s “This Week” that that the report found “no violations, no unlawful activity, no scandal” in the government’s current spying architecture.

Still, Rogers took issue with the report’s recommendation that a third party or the telephone companies handle – rather than the government itself – maintain control of the information database collected by the government’s spying.

“I think it opens it up to more privacy violations when the companies hold it,” he worried. “They don't have somebody directly controlling that information. That not their job, their job is to provide service.”

The report also questioned the intelligence value of the surveillance programs, noting that the government failed to highlight a single imminent threat stopped by its snooping, but Rogers said he wished the authors had consulted the FBI more closely on that question. “That is an unfortunate shortcoming in this report, and we'll be I think talking about that in the days ahead,” he said.

On Friday, Rogers joined Senate Intelligence Committee chairwoman Dianne Feinstein, D-Calif., and the ranking members of both houses’ intelligence committees to release a statement in reaction to the panel’s report. In it, the lawmakers said the authors offered some “constructive recommendations,” but added: “A number of the recommendations in the report should not be adopted by Congress, starting with those based on the misleading conclusion that the NSA's metadata program is ‘not essential to preventing attacks.’”

“The necessity of this program cannot be measured merely by the number of terrorist attacks disrupted, but must also take into account the extent to which it contributes to the overall efforts of intelligence professionals to quickly respond to, and prevent, rapidly emerging terrorist threats,” they said. “We continue to believe that it is vital this lawful collection program continue.”

Staking out a middle ground on Sunday was Sen. Joe Manchin, D-W.V., who told CNN the report confirmed what many had long suspected – that “big brother truly is watching you.”

The moderate Democrat said he’s “open” to the report’s recommendations, but he said he also understands that new threats require new protective measures.

“I remember the days I used to walk onto an airplane without any scrutiny, without any security whatsoever,” he said. “Those days have passed. But you know what? I still fly.”

Manchin predicted that, when the dust settles, the scope of the government’s surveillance authority will be curtailed to a degree.

“I think you're going to find backing off some, making some changes that is going to keep us secure and safe, but also not intrude the way we have been,” he said.

While Manchin offered a nuanced take on NSA reform, Sen. Mark Udall, D-Colo., advocated a more top-to-bottom overhaul in accordance with the full breadth of the review panel’s report.

“The NSA is overreached,” he said Sunday on ABC’s “This Week.” “We need to quickly move to adopt the 46 recommendations of the president's panel.”

“This is an invasion of privacy,” he continued. “If you take the business records of every American, of all of our phone calls, you can get a pretty good idea of what people are doing, based on when they call, who they call, from where they call.”

Udall was asked whether the government would still be collecting Americans’ phone records in a year, and he replied: “If I have anything to say about it, no.”