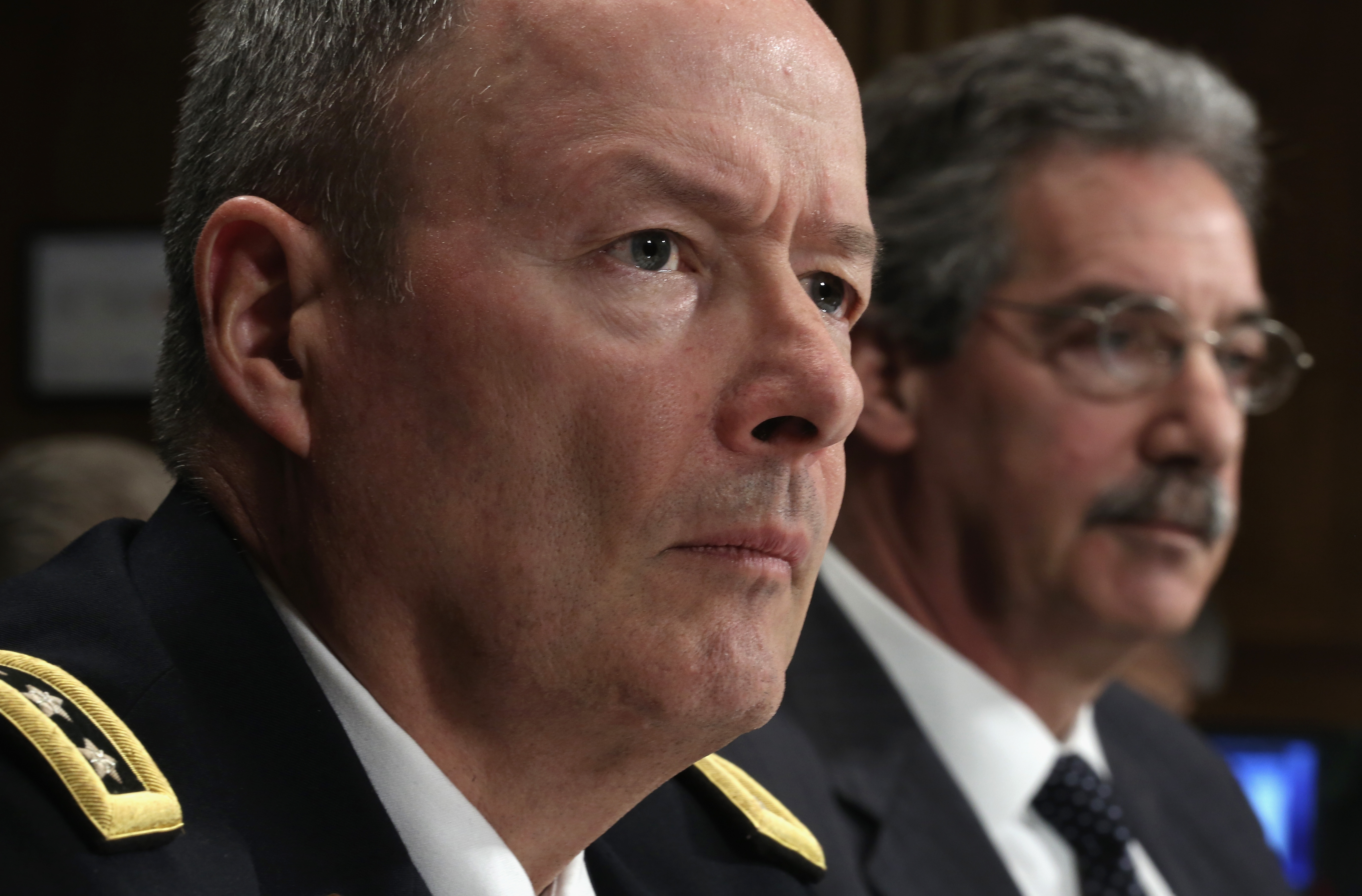 WASHINGTON The NSA chief said Wednesday he knows of no better way his agency can help protect the U.S. from foreign threats than with spy programs that collect billions of phone and Internet records from around the world.

Pleading with the Senate Judiciary Committee to not abolish the National Security Agency's bulk-collection programs, Gen. Keith Alexander warned that global threats are growing - specifically in Iraq and Syria - that pose what he called "an unacceptable risk" to America.

"How do we connect the dots?" Alexander said, referring to often-hidden links between a foreign terror threat and a potential attack on the U.S. "There is no other way that we know of to connect the dots. ... Taking these programs off the table is absolutely not the thing to do."

The committee's chairman, Sen. Patrick Leahy, D-Vt., said it was troubling that the government was sweeping up millions, if not billions, of Americans' records. He has proposed legislation to prohibit the NSA from the bulk collection of U.S. phone records, and said Wednesday that he was concerned that Americans' Internet records also were vacuumed up before the program ended in 2011. That program now focuses only on people who live outside the United States - which could include Americans living abroad.

Alexander acknowledged the privacy concerns that have dogged the NSA since leaker Edward Snowden revealed the programs in June. And he said the NSA was open to talking to technology companies for a better solution without compromising security.

"It's like holding onto a hornet's nest," Alexander said. "We're getting stung."

But, "If we let this down I think we will have let the nation down," he said.

Leahy's proposal has broad bipartisan support, especially in the House, where it is being pushed by Rep. James Sensenbrenner, R-Wis., who was the chief congressional architect of laws that gave the government broad surveillance powers in the days following the 2001 terror attacks.

But lawmakers who oversee U.S. intelligence agencies have proposed more modest reforms that call for greater oversight of the NSA and the creation of penalties for people who access classified information without authorization. Their plan has the support of most congressional leaders and Obama administration officials who are resisting deep cuts to intelligence authorities.

The vast differences between the two proposals have so far stymied Congress from passing an NSA overhaul this year, despite dwindling public trust in U.S. intelligence systems that have underscored the demand for change. Additionally, Silicon Valley is escalating pressure on the White House to curb the surveillance programs. A coalition of eight major Internet companies lashed out on a website and in an open letter printed Monday in major newspapers as part of an effort by the companies to limit potential damage from the NSA revelations that threaten the technology industry's financial livelihood.

The coalition included Twitter Inc., LinkedIn Corp., AOL Inc., Google Inc., Apple Inc., Yahoo Inc., Facebook Inc. and Microsoft Corp. Together, the group is immersed in the lives of just about everyone who uses the Internet or a computing device.

Alexander took pains to underscore that the NSA is not listening in on Americans' phone calls or reading their Internet messages without court approval. Currently, the NSA is monitoring about 200 phone numbers for FBI scrutiny, compared with about 300 for all of 2012, Alexander said.

The American people have been told that all of their phone records are relevant to counterterror investigations," Leahy said. "Now they are told that all Internet metadata is also relevant, and apparently fair game for the NSA to collect. This legal interpretation is extraordinary."