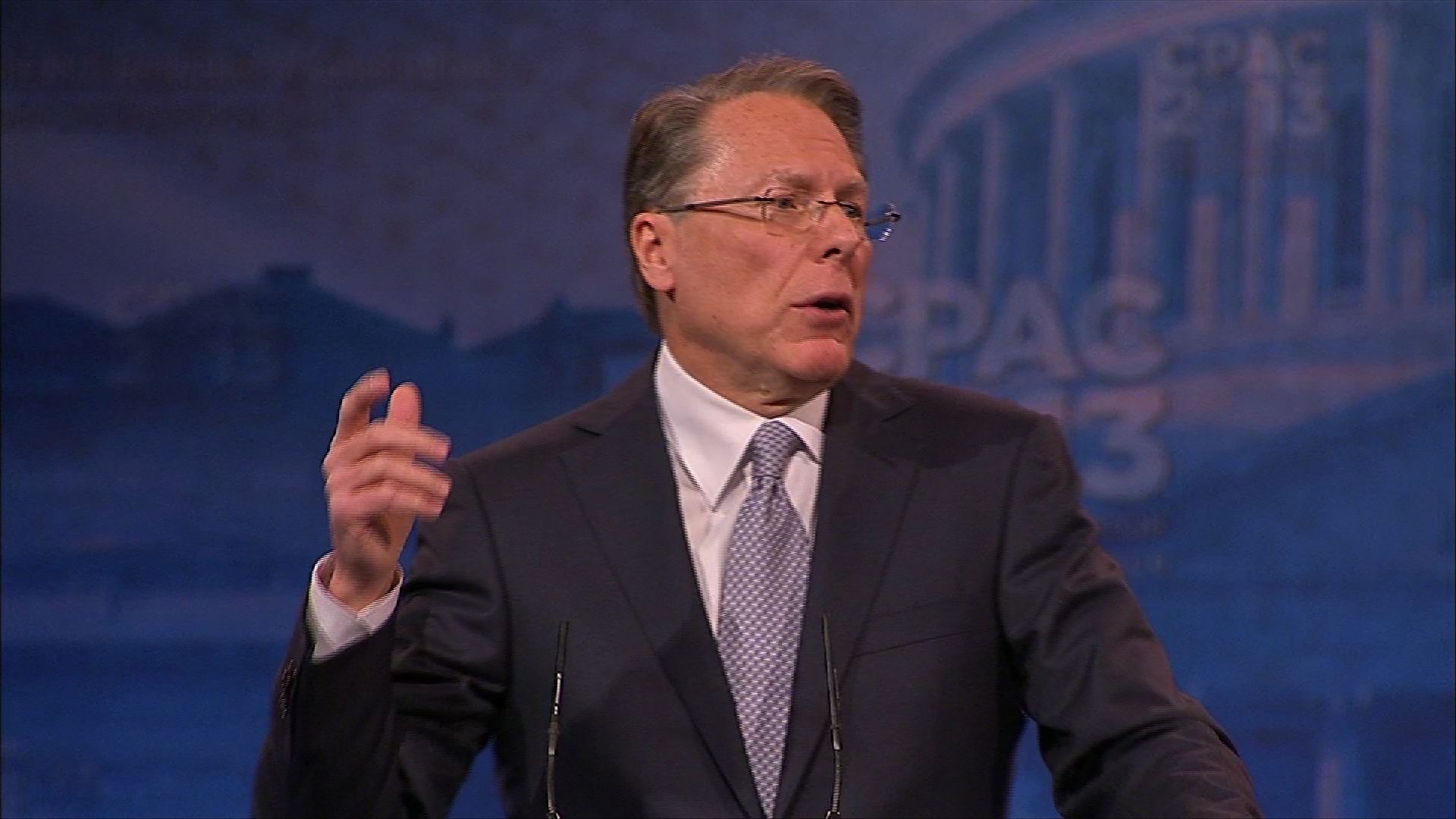 Wayne LaPierre, the CEO of the National Rifle Association and a pariah among gun control advocates, fought back today against the notion that his pro-gun positions are "crazy," taking the opportunity of a friendly crowd to double down on the gun lobby's controversial positions on how to reduce gun violence in America.

"As you can imagine, I don't get invited to many parties in this town, but that's okay... I didn't come here to be popular," LaPierre quipped. "They can call me crazy, or anything else they want, but the NRA's nearly five million members, and America's 100 million gun owners, will not back down, not ever."

LaPierre, speaking at the Conservative Political Action Conference (CPAC) this morning, has been the public face of the NRA in the wake of the mass shooting last year in Newtown, Conn., in which 20 children and 6 adults were shot and killed in an elementary school. A vociferous opponent of any new gun laws, which the NRA contends wouldn't work, LaPierre argues America should instead place an armed guard in every school and better enforce the laws that already exist.

In his remarks, LaPierre dismissed the Obama administration's legislative efforts to curb gun violence as ineffective and an infringement on second amendment rights. He also mocked the "political advice" from "elites" in government who have proposed alternate, non-gun self-defense methods for women facing attacks.

"You keep your advice. We'll keep our guns," he said. "The one thing a violent rapist deserves to face is a good woman with a gun."

Throughout his speech, LaPierre remarked upon the fact that people have targeted him as "crazy," using the term repeatedly with a sense of incredulousness.

"They call us crazy?" he asked. "They call me crazy and yet the people doing the finger-pointing are saying things that are absolutely bizarre."

Following the Newtown shootings, a number of polls have indicated that the majority of Americans support tougher gun laws, and Democrats are currently working to pass series of gun safety measures through Congress - including bills that would ban assault weapons and high-capacity magazine ammunition clips, require universal background checks, and make gun trafficking a federal crime.

The prospects of gaining the necessary Republican support for such measures to make their way to the president's desk look bleak, however, given a longstanding Republican opposition to any laws tightening regulations on gun ownership.

The NRA, which donates millions of dollars to Republican political campaigns and has an active grassroots presence, is widely credited with helping to maintain this opposition.