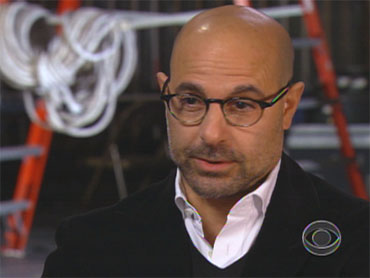 National Public Radio has bounced Bob Edwards, host of "Morning Edition" since its inception in 1979, out of his job.

The radio network announced Tuesday that Edwards, 56, will become senior correspondent of NPR News, with his reports being heard on various broadcasts, at the end of April.

Edwards said he was disappointed by the move, particularly that he won't be host when the program celebrates its 25th anniversary in November.

"You have to figure it's going to happen someday and you get out before they do it," he said. "But I failed."

He said he was given no specific reasons for his ouster. "It's the old 'move the program in a new direction.' There was no Janet Jackson incident," he said.

Spokeswoman Laura Gross said NPR's programming and news management made the change because they're trying to refresh all the network's broadcasts.

"It's part of a natural evolution," she said. "A new host will bring new ideas and perspectives to the show. Bob's voice will still be heard; he'll still be a tremendous influence on the show. We just felt it was time for a change."

NPR's Steve Inskeep and Renee Montagne will serve as interim co-hosts starting in May until a permanent successor to Edwards is named.

"Morning Edition" is second only to Rush Limbaugh's syndicated program as the most-listened to national radio show.

NPR estimated Edwards has conducted 20,000 interviews during his years on the show. Edwards joined NPR in 1974, the network's third year of existence. He said he's still trying to find out more about his new assignment.

"I've been in the same place for 30 years," he said. "I don't know what it's like elsewhere. But I'd be open to suggestions."