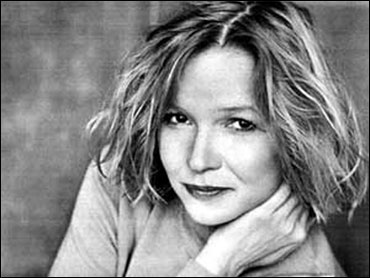 This story was written by the Associated Press' Martha Waggoner

On a spring day in 2006, as the sun set on the Duke University campus, novelist Kaye Gibbons strode across the lawn. She had just finished speaking at the Festival of the Book, and two of her three daughters trailed behind her.

A bevy of fans awaited her book signing. "She looks like a rock star," said festival organizer Aaron Greenwald.

On that April day, Gibbons was clearly at the top of her game. She had plans for a second novel with Harcourt Brace, which had just published the sequel to her first novel, "Ellen Foster." She looked good; she had lost the weight that was, perhaps, linked to the drugs she took to treat bipolar disorder.

"I remember her being first, slender; second, really vivacious and sort of sassy in the way she can be and the way you always imagined the characters in her books," said Greenwald, now director of Duke Performances.

"Here, at this gathering at Duke University, some of the great writers of our time, those who forge in the smithy of their souls the uncreated conscious of the race, the one recurring theme that has emerged this weekend and that I hear repeated over and over again, dominating every conversation is 'Don't Kaye Gibbons look good!'"

Flash forward almost three years to a Wake County courtroom about 30 miles away. The adoring readers were absent; the literary lionness was in a far different den.

She was there to face drug charges related to the painkiller hydrocodone.

A Time magazine reviewer once wrote: "Some people might give up their second-born to write as well as Kaye Gibbons." Now, she had a mug shot worthy of Nick Nolte.

What had happened to her?

Two constants in interviews with Gibbons:

1. She will declare that she is changing plans. She planned to move to New York after her daughter graduated from high school, or teach at Pepperdine University and live in a beachfront apartment, or spend a summer in New Orleans helping residents clean up after Hurricane Katrina.

2. She will declare that she is either handling her illness, or she was never sick at all.

In a 1995 interview with The Associated Press, Gibbons said she had been well for two years. She had just published "Sights Unseen," an adult daughter's recollection of a childhood spent with a manic-depressive mother. That same year, she wrote a book titled "Frost and Flower: My Life with Manic Depression So Far."

"I never had any of the same experiences that the manic-depressive woman had in the book," she said then, adding that she controlled her illness with medicine and lifestyle. "But because I have had the ecstatic highs of mania and experienced the dejection of the depression, I was able to write about it with some authority."

At one point, she seemed to take her illness in stride, saying she wrote best while in a state of "hypomania," somewhere between normal and manic. In one interview, she called her illness "a curse and a gift. I have to endure the episodes to write."

On that day at Duke in 2006, she seemed emotionally healthy as well, even though she had quit taking her medications. Her mental illness was diagnosed in college, but by March 2006 she had decided she was just odd, and her reactions were normal for someone with her background.

"I looked at the things I was being medicated for, the circumstances, and they weren't symptoms of insanity, they were symptoms of being creative, living under the stress of a bad marriage, having been through so much in childhood, having an alcoholic father," she said in an interview with the AP in March 2006.

Also part of that childhood: her mother's suicide. Her brother, David Batts, and his wife, Barbara, raised Gibbons from the time she was 13. The details are part of "Ellen Foster," which Gibbons wrote when she was 26.

Her books weren't only literary successes - "Ellen Foster," published in 1987, won the Sue Kaufman award for first fiction from the Academy of Arts and Letters - but popular ones as well. Oprah Winfrey chose Gibbons' debut and a later novel, "Charms for the Easy Life," for her wildly popular book club, and "Ellen Foster" was turned into a TV movie.

Starting with her debut novel, Gibbons has had the double-edged ability to look in the mirror and write about the reflection.

Marlette spoke of that talent in the end of his introduction at the Festival of the Book:

"When I asked her editor Ann Patty last night at dinner, 'Why is it that writers so often seem fraudulent, filled with hypocrisy, pretense, self-infatuation, inauthenticity and yet Kaye Gibbons, from the first word of hers that I read to the moment I met her, seemed so utterly honest, authentic and true?' ...

"She said, 'Kaye is constitutionally incapable of falseness. Every word that flows from her lips is true.' So here she is, the truth, the whole truth and nothing but the truth - Kaye Gibbons."

But Kaye Gibbons' truth is complicated, and tragic. Her success didn't ease her personal demons and did not bring wealth. She's twice divorced and dealt with a daughter's illness, along with the 2003 suicide of a close friend.

Friends and colleagues say that despite her optimism, her illness dragged her down.

"Someone had convinced her that she was cured," said author Sally Buckner of Cary, who was the first person to publish Gibbons - a high school poem that won a Peace College contest. "And she went off her meds. And I thought, 'Oh my Lord.' That was the beginning of the downward spiral" that led to her Wake County court appearance.

At her sentencing, attorneys said Gibbons had posed as a Florida doctor to write prescriptions for the painkiller hydrocodone, which she said took the edge off as she finished a novel. Her lawyer said her addiction and the pressure to finish the book led her to submit bogus prescriptions online and try to pick them up at Raleigh pharmacies under the doctor's name.

"She's withdrawn totally from her friends," said Olson, whose bookstore supported Gibbons over the years with readings and signings. "I just don't have any idea what happened."

Perhaps members of her family know, but they have been elusive.

Barbara Batts spoke briefly with the AP. "Kaye was in her own little place," she said. "She called and said, 'I need help,"' and moved in with the Batts again. Barbara Batts agreed to a longer interview but then didn't return phone messages.

Neither did Gibbons' brother (and Barbara Batts' husband), David. Her nephew and friend, J.D. Batts, didn't respond to an e-mail message.

Gibbons' first husband and the father of her three daughters, Michael Gibbons, said he was not in the loop. All he could do is make sure his daughters stay in contact with their mother.

"They're not overjoyed with the situation, but they're not in counseling," he said.

"Because of health issues in recent years, Kaye has no income," David Batts wrote. "She is facing a long uphill recovery. Our family has decided to contact the many friends who have cared about Kaye and have expressed a wish to help her during this tragic situation."

Gibbons pleaded guilty March 10 to five misdemeanor counts of obtaining property by fraud and received a 90-day suspended sentence. Her attorney said she is speaking at high schools and colleges about her addiction and arrest.

Her recovery was slowed when she fell down some steps, breaking her foot in three places and tearing ligaments in an ankle, Barbara Batts said in an e-mail in late April.

"Is in wheelchair and walker. Slowed down for now," she wrote.

In a March 2006 e-mail, Gibbons wrote about her new book, to be published in 2008. She would introduce each chapter of "Lunatic's Ball" with 19th-century teaser summaries.

"Here's the first one ... best time writing I've ever had. ... 'Moral insanity' was the diagnosis for opinionated women who violated the order of drawing-room society, i.e., us."

2008 came and went. The novel was not published.

But Gibbons says she's now at work on a very different book, about a mother and twin daughters, set in Reconstruction New Orleans and based on what was a back story in "Lunatic's Ball." Harcourt Brace says the new book, "The Secret Devotions of Mary Magdalene," will be scheduled for publication "as soon as she's done."

Appropriately enough, the unfinished manuscript opens with these lines:

"Everything's going to be all right. I'm almost in America."
By Martha Waggoner