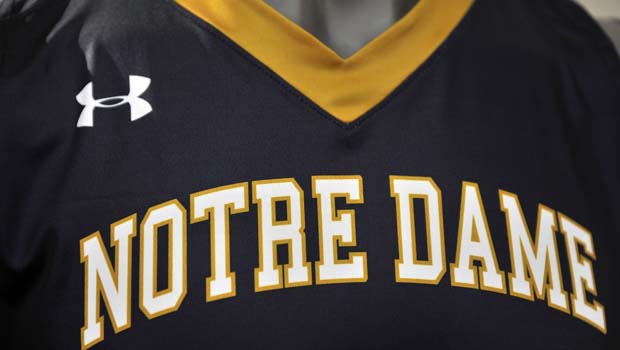 A University of Notre Dame tutor has been fired after the school administration investigated claims that she arranged a "sexually and racially motivated" relationship between her daughter and a male student she tutored.

The student, who is black, filed a lawsuit Oct. 30. alleging that the white "academic coach" arranged sexual liaisons with her daughter, and then quizzed him "about the nature, frequency, and quality of the sexual activities."

Attorneys for the student claim the woman also pressured other black students -- including members of the school's football and basketball teams -- into similar relationships with her daughter. The school has denied that any student athletes were involved.

The lawsuit also alleges that the woman pressured the student to convert to Catholicism.

Peter Agostino, one of the attorneys representing the student plaintiff, said the woman worked for the university as part of a support program for first-year students. Agostino told 48 Hours' Crimesider that the woman arranged a dinner last spring between the student and her daughter, "and the actual intimate contact part started on Easter weekend."

"She was constantly involved in promoting the relationship, encouraging it, facilitating it, buying condoms for them, setting up a hotel room for them to have sex in, entertaining at the house, asking about the intimate details about the sex, commenting on his penis," Agostino said.

The attorney added that when the student, who still attends Notre Dame, tried to end the relationship, the woman insinuated that it could affect his academic standing.

"He's a scholarship kid, and there were some threats made that it could affect him academically," Agostino said, noting that he is not sure if the alleged threats violated criminal law.

The South Bend Police Department did not return a call seeking comment.

Crimesider was unable to contact the woman, who is listed as "Jane Roe" in the lawsuit, and does not yet have an attorney listed with the St. Joseph's County Circuit Court, where the case was filed.

The woman was fired in late October for violating the school's Sexual and Discriminatory Harassment Policy, after the university investigated the student's claim.