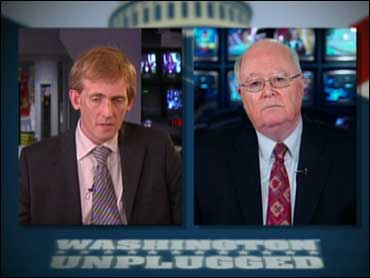 (CBS)
President Obama's planned reception of an honorary degree from the University of Notre Dame Sunday is a divisive issue among Catholics. Whether motivated by abortion policy or politics – opposing Catholic groups have very different opinions on this weekend's commencement ceremony.

Bob Schieffer spoke with two leaders who fall on different sides of the issue on cbsnews.com's 'Washington Unplugged.' Bill Donohue, the president of the Catholic League, has been on the front lines opposing the school's decision while Catholics United's James Salt supports the Catholic University.

The religious debate is heated, watch it played out on 'Washington Unplugged':