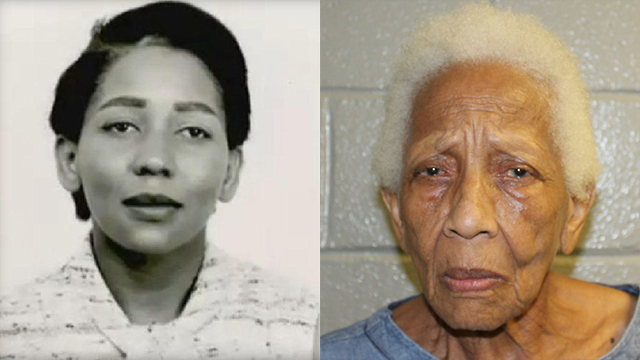 DECATUR, Ga. -- A notorious 86-year-old jewel thief is out of jail but still faces legal trouble.

Doris Payne was released Friday from the DeKalb County jail, just outside Atlanta, after a judge ruled there wasn't enough evidence to hold her for violating her probation.

Payne was arrested July 17 and charged with misdemeanor shoplifting after a Walmart employee said she tried to leave the Chamblee store with items she hadn't paid for. CBS affiliate WGCL reports she tried to walk out with about $86 worth of items and was stopped by a loss prevention officer.

"I never lied and said I didn't have it, I'm saying there was no intent," Payne told the station as she walked out of Dekalb County jail.

Payne was on probation at the time after pleading guilty in March to a felony shoplifting charge for trying to steal two $2,000 diamond necklaces from a department store in December. She was jailed for violating that probation and was wearing an electronic monitoring bracelet at the time of the alleged Walmart theft, WGCL reports.

Her lawyer Drew Findling says a judge last week ended her probation in that case, but she still faces the Walmart shoplifting charge.

The grandmother is well known in the jewelry world for an illicit career spanning six decades.

Authorities have said Payne has lifted pricey baubles from countless jewelry stores around the world. Her first arrest was in 1952 and her largest known alleged theft was reported in the 1970s, when she was caught stealing a diamond ring worth $500,000, the station reports.

The legend of Payne's alleged thefts has long fascinated the public and media, with countless news stories and a 2013 documentary film, "The Life and Crimes of Doris Payne," detailing her feats.

"There's never been a day that I went to steal that I did not get what I went to do," Payne says in the documentary.