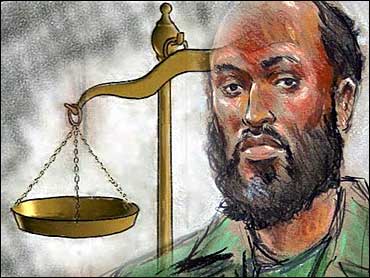 
A hearing in federal court in Alexandria, Va., before Judge Leonie Brinkema Friday morning regarding a motion for access that one reporter characterized as a "Hail Mary pass," turned out to be considerably more interesting than anyone had any right to have anticipated.

Basically, the lawyers representing two groups of 9/11 victim plaintiffs in two large civil lawsuits in New York, having been made aware of TSA attorney Carla Martin's alleged "unacceptable collusion" with the airline-industry defendants in their case, are asking Judge Brinkema for access to materials turned over by the government to the Moussaoui defense team. (Martin's discussions with prospective aviation witnesses almost derailed the Moussaoui prosecution when she was accused of having violated Judge Brinkema's orders.)

Judge Brinkema initially told the teams of highly paid and well-dressed plaintiffs' lawyers she doubted she would even allow them to intervene in the case; she called it a "long shot," and a "rather extraordinary request." Then Ron Motley stood up and demonstrated why he is one of the most successful plaintiffs' lawyers on the planet.

Assuring her that their clients would never do anything to disrupt the Moussaoui proceeding, Motley insisted they do not wish the court to do anything until the trial is over. The judge told him his clients could already gain access to everything on the public record, but as to evidence only partially presented to the jury, the appeals process would necessitate a "significantly long period of time before anyone gets access." The real problem, of course, was their wish for information not entered into the record but turned over to the defense as part of pre-trial discovery, which was done pursuant to various protective orders.

Smooth as silk, Motley made clear "we're perfectly willing to be bound by the terms of any protective orders." He said Mike Low, who was one of the victims who testified on Thursday, is one of his clients and he believes others of his clients may testify against Moussaoui — and they all want the same thing the government wants.

The two groups of civil plaintiffs, by the way, are about 100 plaintiffs who chose not to avail themselves of the Victims Compensation Fund specially established by Congress for victims and survivors of the 9/11 attacks; he said 98 percent of those eligible did take the settlements and the others are suing the airlines and their security consultants. The second group of plaintiffs comprises about 6,500 persons who are suing under an exemption in the legislation that allowed victims to accept their awards from the compensation fund but then file suit against those who knowingly supported al Qaeda (this is the suit that includes Saudi princes and officials as defendants).

A Justice Department lawyer from the court in New York protested that the victims are seeking to go around the judicial process. Since the Transportation Security Administration issued a "final order" denying the plaintiffs access to SSI ("sensitive security information" i.e., non-classified info), the proper recourse is to appeal to a higher court, not come down to a trial court and seek criminal defense discovery. It was at that point that Brinkema seemed to start turning: "It's quite extraordinary that TSA has a tougher policy on disclosure than the CIA, FBI, and NSA," she remarked. "It took a little browbeating," but the court got documents from them. "What puts TSA in a higher category?"

The Justice Department lawyer, Beth Goldman, seemed to realize the rug was slowly being pulled out from under her. The TSA made a final decision that civil litigation is not where this material is going to be used, she protested.

But Judge Brinkema seemed to have heard enough. Stating that she'd take the case under advisement, but would grant the Motion to Intervene, she proclaimed: "I've always been troubled by the degree to which our government keeps thing secret from the American people. In this court case, I've often been surprised by the amount of things that are kept from the public. Even my own orders have been classified!"

Later in the hearing, she became even more impassioned about the public's right to know: "It's amazing the material that some agencies think should be secret. The enemy is not stupid! I'm sure they are watching this case. We need to be careful not to be so in love with secrecy that we lose our core values."

The lawyers actually involved in the Moussaoui case could only sit there in wonderment. Chief prosecutor Rob Spencer weakly declared that "we produced 160,000 unclassified FBI 302s, ... [but] I'm not sure we want the precedent of allowing victims to gain access. ... It strikes me as an incredible leap." He said even victims who are civil litigants don't necessarily have the right to full access to government files. Court-appointed defense attorney Ed MacMahon just made clear he didn't want to have to turn anything over himself, and Judge Brinkema agreed he would not have to do so, saying with extra sympathy in her voice that the defense in this case has more than enough to contend with.