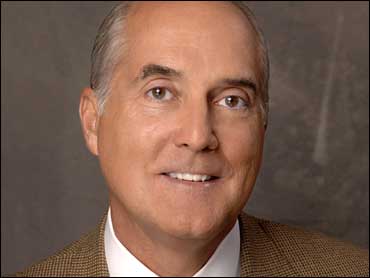 CBS News correspondent Wyatt Andrews wrote this reporter's notebook as part of his ongoing examination of problems with the rollout of the new Medicare drug plan.

Sometimes in journalism, the best way to understand someone's problems is to go watch them handle those problems. And so we decided to watch Dr. Jeff Kerr jump what he called the "hurdles" of the new Medicare drug benefit, called Medicare part D.

For three hours on April 25, our CBS News team watched as Kerr made his rounds and treated patients at the Rolla Presbyterian Manor, a nursing home and assisted living facility in Rolla, Mo. Kerr is the contract physician for 290 patients at six elder care homes in the area. One hundred percent of his patients are on Medicare and use part D.

If you think that's complex, get this: insurance companies can "cover" a certain drug but still restrict access to that drug. They often demand "prior authorization" for a covered drug, meaning the nurse or doctor has to justify the prescription in advance and in writing. The companies demand "step therapy," basically demanding that a senior citizen try a cheaper drug and fail, before moving on to a more expensive drug.

Restricted access rules are applied for safety and cost control reasons. The companies want to make sure they are covering properly prescribed drugs and — to make more money — they want to steer seniors toward the cheapest effective drug.

But all these rules are driving Kerr and other nursing home doctors crazy.

Let's walk down the hall.

As Kerr examines Gene Lister, an Alzheimer's patient, the doctor grows more convinced his patient is improving thanks to a drug called Aricept. Lister can eat by himself now and often recognizes his family members. He could not do either before the trial run on Aricept. Lister's wife and daughter are in the room, and agree with Kerr's observations.

Problem. Lister's insurance company won't cover any more Aricept unless Lister takes a mental health exam, part of which requires him to draw a diagram.

I'm thinking: do I have this right? Am I in a bad remake of "Catch 22"? No more Aricept unless he takes this exam. But he's too far gone to take any exam. Kerr says the insurance company is pushing him to use a lesser, ineffective drug. The family is both laughing at and angry with the company.

(Side note: When I called officials at Medicare, they justified the exam taking, because Aricept is only "labled" by the FDA for moderate dementia. Therefore if the exam proves Lister has severe dementia, which he does, the Aricept prescription would represent an "off label" use. However, Kerr's clinical observation of Lister's improvement on Aricept, would in the opinion of many geriatricians be appropriate, and there is no blanket prohibition on medically justified off label prescriptions.)

Kerr's next patient has a host of ailments, one of which is incontinence. She also is unsteady on her feet. He wants her to take a drug called Enablex, which he says has the fewest side effects, but her insurance plan does not cover Enablex. A note from Kerr's nurse says the insurance company wants him to call regarding this.

Kerr gathers up an inch-thick stack of papers to make an entire round of phone calls to various insurance companies, in an effort to do his hurdle jumping all at once.

His first phone call for a (different) patient is successful. He gets through immediately and the insurance company agrees to his request for a prior authorization. Great. But he has to call again in six months. And he — the doctor — has to call. It can't be the nurse.

His second phone call regards the Enablex issue and winds up taking 25 minutes. The insurance company wants a letter faxed to them justifying the Enablex prescription. The company says it's tier 1 (preferred) drug is oxybutinin, a suggestion that makes Kerr bolt upright. "Oxybutinin has too many side effects," he complains on the phone. Kerr tells us later oxybutinin would make this patient drowsy and increase her risk of falls. "I can't ethically do that!" he bitterly exclaims.

Later the insurance company offers Ditropan XL, which is extended release oxybutinin, but Kerr wants no part of it.

What did I take from watching Kerr fight these battles? First, I think we have to look at Medicare part D as a great thing for most seniors. (Maybe not for taxpayers, but let's focus on seniors)

But the insurance industry needs to give nursing home patients a lot more latitude. Step therapy, for example, where they are asking very frail patients to fail on a cheaper drug, before covering more expensive therapies needs re-examination. Kerr reports that during an outbreak of infections last winter, the insurance companies demanded he try the antibiotic cipro, even as he protested it wouldn't work. Two patients went to the hospital — at a cost to taxpayers that far exceeded the better drugs.

It's also obvious the insurance companies should demand less of the doctors' time and allow prior authorizations and appeals to be handled by staff. If your mother was in this home, you would not want Kerr on the phone so much; you would want him out on rounds. Geriatric doctors have no time as it is.

So if you've ever wondered why critics call Medicare part D too complicated, consider Dr. Kerr's daily math. His patients use six different insurance companies. That's six different companies; all with different rules — which can change month to month — and you multiply all of that by some 300 patients.

And we just watched him for three hours.