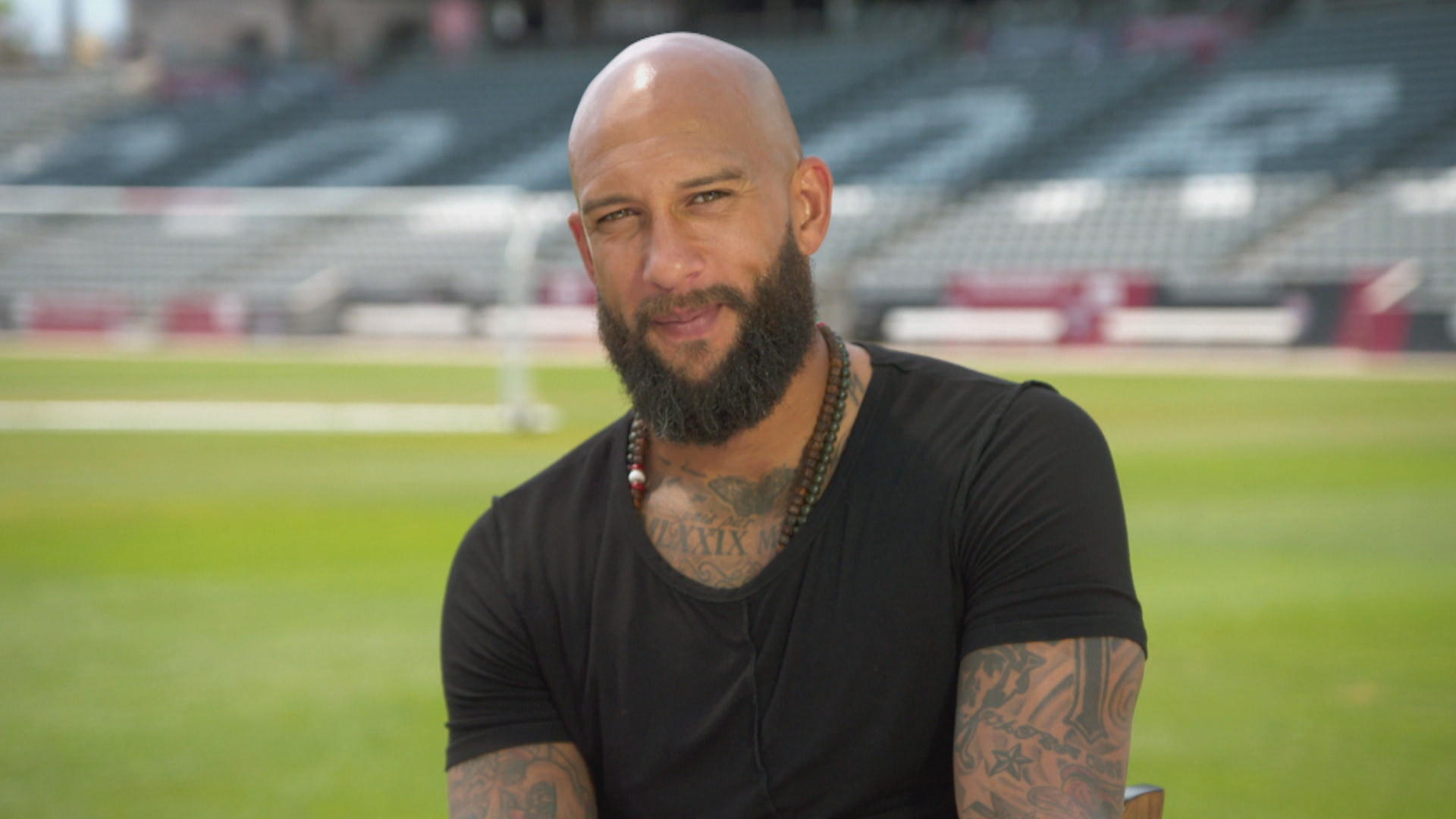 Goalkeeper Tim Howard returned to the United States this year to join the Colorado Rapids. He had spent more than a decade playing in England’s elite Premier League. The goalie of the U.S. Men’s National Team recently looked back at his long career for “CBS This Morning’s” ongoing series, “Note to Self.”

What have you gone and gotten yourself into now. You are 24 years old and you just made a massive decision that will change everything.

The MetroStars of MLS, your hometown team that you’ve dreamed of playing for, to the world’s richest club, Manchester United.
Oh boy, good luck with that one, kid.

I guess you are going to have to grow up fast. Lean on the words you’ve heard your mother say a thousand times: “To whom much is given much is required.”

Deep down in your heart you know that this will be a learning process and it will take years for you to grow into the world-class goalkeeper you hope to become. But when Sir Alex Ferguson entrusts you to wear that famous shirt within the first two weeks of your arrival, fake it and pretend that it was your expectation all along.

One important off-the-field note, the British media will try to build you up and then tear you down. Don’t believe the good or the bad. When they make ignorant, classless references to your Tourette syndrome, remain humble and grounded no matter how hard it is.

In the coming months and years, your talent and ability will be called into question. My suggestion to you would be to form a foundation built on hard work and mental fortitude. Let there be no doubt that you’re a Jersey boy and in New Jersey, only the strong survive.

There are going to be highs and lows; after all, you’re a goalkeeper and that’s just the nature of things.

There will be games that you’ll perform heroically and that will ultimately earn you the honor of Premier League Goalkeeper of the Year. There will also be games where you make a costly error and people will have you believe it’s the end of the world.

If you hear nothing else from this conversation, please hear this — never ever lose that undying belief in yourself and your abilities that you’ve had since age 6 when Esther Howard signed you up for the North Brunswick Township recreational soccer league.

Because here’s the thing: The world has lazily decided that self-confidence and self-belief are one and the same, and I’m here to tell you unequivocally that they are dead wrong.

Your confidence will ebb and flow depending on performances and results. Your self-belief, on the other hand, will give you the necessary strength to go out every day against the odds and continue to strive for greatness.

Trust me, my boy, just wait. The lights will shine brightly on you in the years to come and I promise, you won’t disappoint.

Oh and one more thing — next time you sign for Manchester United, don’t, under any circumstances, wear a shirt-and-tie combo that are the colors of their crosstown rival, Manchester City.

Above all, enjoy the next 13 years. It will be the time of your life.