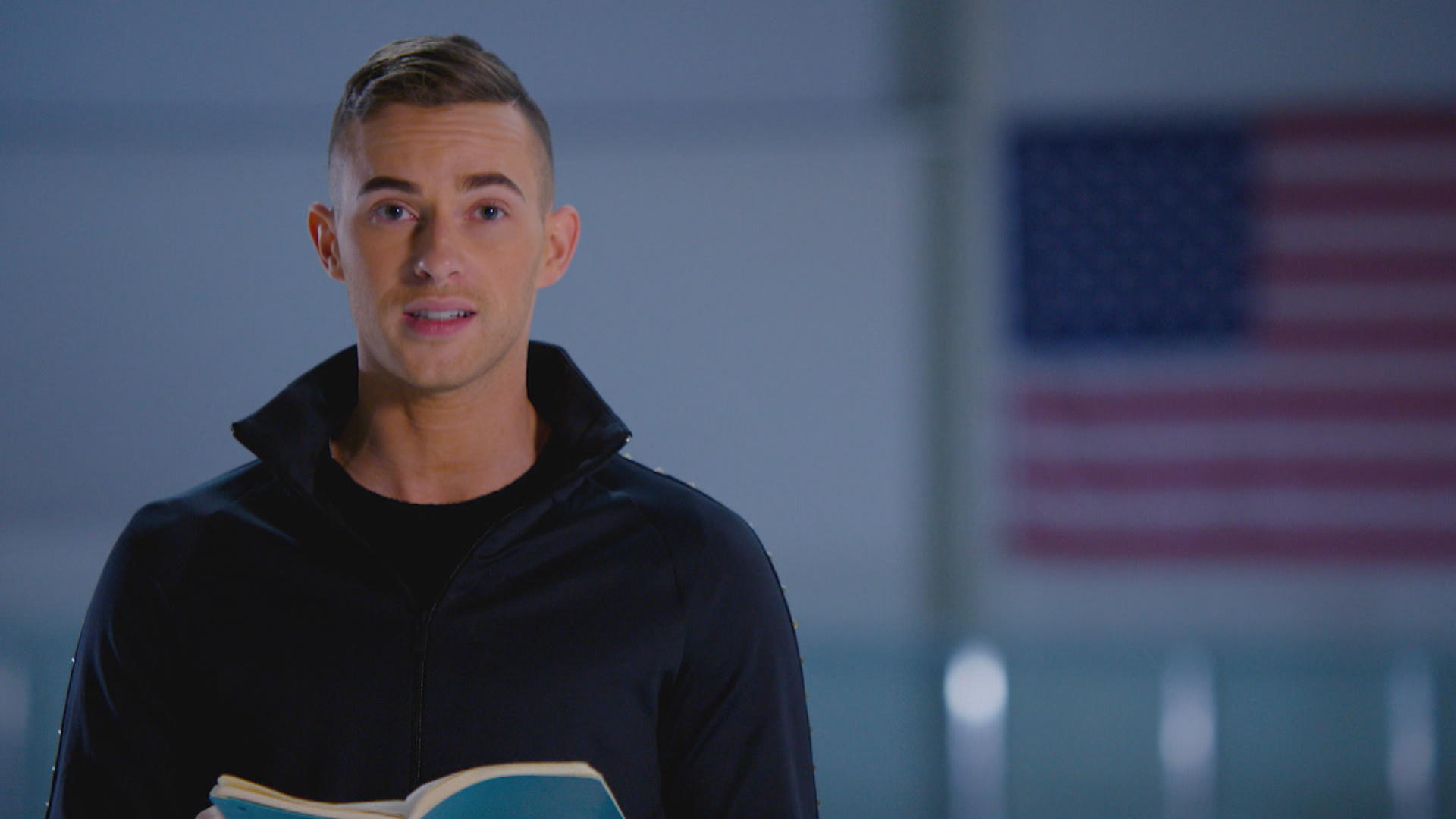 Rippon competed for the U.S. in the Winter Olympics in South Korea this year. He was one of the first openly gay American athletes to qualify for the Winter Games where he won a bronze medal in the team event.

In our series Note to Self, Rippon stepped onto the rink at Skylands Ice World in New Jersey to reflect on the path he carved in life, on and off the ice.

It's me, Adam, but from the future.

You are going through a really tough time right now. You've just missed qualifying for the Olympic team for the second time in a row. You feel confused and you feel like a failure. It might not make sense right now, but this is truly one of the most important moments in your life.

Take a moment and be proud of yourself.

Do you remember being 13 and taking the Greyhound Bus from Scranton to Philadelphia every Monday morning so you could get to practice? You stayed with so many different families who made you feel like you were home when you were not. It was scary and you missed your own family very much but your mom always told you it wasn't a sacrifice if you got to do what you love. You lived in your coach's basement for a few months because you couldn't afford to live anywhere else. Not that long ago, you had so little money that sometimes you had to choose whether you paid for groceries or paid for ice time.

You work so hard, but you are even harder on yourself. Now, listen, this part is important: Stand up, walk to a mirror, look yourself straight in the eye and tell yourself: you are a winner. You won't see one looking back at you yet, but do this every day and you'll really start to learn what being a winner is. Being a winner is a mindset.

You've come out to your friends and family a few years ago and it made you feel so free, like you've grown wings. Do you remember growing up in Pennsylvania, thinking that being gay was something you would never tell anyone? When you publicly come out in the next year, you will let go of what other people think of you. You will hope to give someone else what you didn't feel growing up: permission to be themselves. You will be saying: "You are worthy."

Oh, and when you wax your eyebrows, start talking about how great they look. It'll be a hit.

Over the next few years, you'll get into the best shape of your life, mentally and physically, and you will feel so in control. You're not a teenager anymore and you've embraced that you aren't going to be as thin or light as some of your competitors. You worked on perfecting yourself instead of trying to change yourself.

You will become a national champion at 26 and your path to the Olympics will seem clearer than ever. But exactly one year before the 2018 Olympic team selection, you will break your foot. You'll fear everything you've worked for was in vain, but don't be discouraged. You are strong, you are brave, you can take on anything.

You, Adam, will make the Olympic team and skate on Olympic ice, it'll be a moment you've been waiting for your entire life. It'll be crazy, wild, emotional and very exciting. The world will see your character and they will embrace you for just being yourself.

Now go out and conquer the world.

Marine couple at center of battle over Afghanistan war orphan tells their story
Thanks for reading CBS NEWS.
Create your free account or log in
for more features.
View CBS News In
CBS News App Open
Chrome Safari Continue
Be the first to know
Get browser notifications for breaking news, live events, and exclusive reporting.