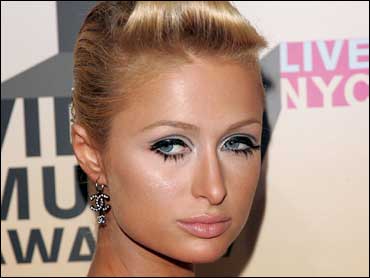 Inmates there get three low-sodium meals a day, with dinner the only hot meal. Beef and pork aren't permitted "it's all poultry-based," said Capt. Alice Scott, who oversees the 2,200-inmate facility she describes as "a very nice place."

Like other high-profile Los Angeles County inmates – O.J. Simpson, Robert Blake, Robert Mitchum, Sirhan Sirhan and Charles Manson – Hilton will be segregated from the general population for her own safety, living in a one- or two-person cell.

Inmates are allowed outside their cells for an hour each day to shower, watch television in the day room, participate in outdoor recreation or talk on the telephone, Scott said. There are a bank of phones that use prepaid phone cards, cellular telephones and Blackberries aren't allowed.

Her cell will be Spartan: 12-by-8 feet with a toilet, sink and a window 6 inches wide. She'll comb her blonde locks in a mirror made of polished metal.

Breakfast is served between 6 a.m. and 7:30 a.m., hours when Hilton sometimes gets in after a night of partying.

There have been other celebrities at the women's jail. Actress Daryl Hannah, arrested last year for failing to leave a 14-acre inner-city garden where farmers were being evicted, spent a few hours there.

A year ago, former "Lost" actress Michelle Rodriguez showed up to serve a 60-day jail sentence for violating probation terms after her drunken driving arrest in Hawaii. She was released in hours because of overcrowding.

Sometimes stars are allowed to do their time in a jail of their choosing. In such cases celebrities pay a daily room-and-board fee to the smaller jails, which afford them more privacy and comfort.

Sean Penn found a jail in Bridgeport, a remote town on the eastern flank of the Sierra, to serve a 60-day sentence in 1987 for fighting with a photographer in violation of his probation for a barroom brawl.

Cop-slapping actress Zsa Zsa Gabor served three days behind bars in 1990 at the El Segundo jail near the Los Angeles International Airport. She paid $85 a day.

But the judge in Hilton's case wouldn't allow such an arrangement, so she'll head to Lynwood on June 5.