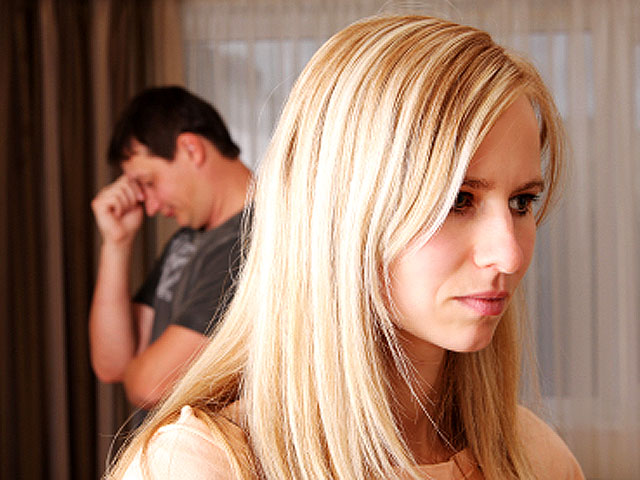 Ambivalent hearts may be at higher risk for heart disease, according to a new study of married couples with mixed feelings for one another.

"The most intriguing finding was that within a couple, only if both of them felt ambivalent towards their partner did you see this elevated (heart disease) risk," said Bert Uchino, a psychologist at the University of Utah and lead author of the study.

The health of both spouses "is interdependent - it isn't what one says or does; it's what both do within the relationship that matters" when it comes to heart health, Uchino told Reuters Health.

Past research has looked at the health effects of either positive or negative feelings within couples, Uchino and his colleagues write in the journal Psychological Science, but the reality of most relationships is more often mixed.

To see what effect those feelings might have on the heart itself over time, the scientists recruited 136 long-married couples. Their average age was 63 and average marriage length was 36 years.

The participants answered questionnaires to gauge their feelings about their spouse. Each person had to rate, for example, how helpful or upsetting their spouse was during times when they needed support, advice or a favor. And the researchers translated the answers into "positivity" and "negativity" scores.

The scientists also measured participants' heart disease risk by using imaging to estimate the extent of the buildup of calcium in the walls of the arteries of the heart.

Cholesterol and blood sugar levels were also measured and lifestyle factors like exercise and smoking were taken into account to further evaluate heart risk.

The study team found that among couples where both spouses felt ambivalent toward the other, there was significantly more calcium buildup in the arteries. And only in those couples was the increased heart risk detected.

The other lifestyle and health measures did not explain the differences seen in the arteries, the researchers point out. So, for example, although one partner's health habits - such as exercising regularly - can influence the other for good or ill, these factors did not account for the difference in heart disease risk seen in the participants.

Feeling both positively and negatively toward a spouse may affect heart disease risk in large part as a result of the level of support that spouses offer based on relationship quality, the researchers said.

And the effects likely hold true in any close relationship - not just among married people or romantic partners.

"In a close relationship, such as a marriage, you spend lots of time with that person, interacting with them and making assumptions about them," Uchino said.

It's not just receiving assistance that's good for mental health: Offering others emotional support has also been shown to offer psychological benefits. But when one tries to support a spouse one isn't even sure one likes, the gesture may not be as beneficial for either person.

In an ambivalent relationship, "couples don't benefit from support because they don't seek it as often, and when they do, they get poor support, which exacerbates the stress of whatever they are going through," said Uchino.