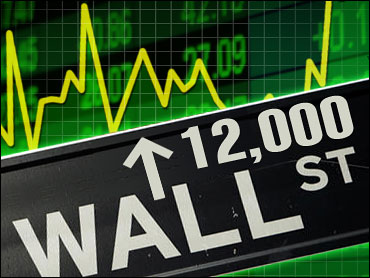 At the start of 2006, investors had little interest in the words "pretexting" and "backdating," the housing market was forecast to make a soft landing and stocks were considered range bound at best.

Over the course of the next 12 months, those ideas got turned on their head. From the headline-grabbing scandals to Wall Street's record surge to Ken Lay's sudden death, it was business unusual in 2006.

Warren Buffett surely caught many off-guard when the world's second-richest man announced in June that he would donate $30 billion, the bulk of his fortune, to the Bill & Melinda Gates Foundation. Run by the world's richest man, its goal is to seek cures for the world's diseases and to improve American education.

Buffett also made news for his warning to top managers at his Berkshire Hathaway Inc. that they should resist the temptation of dabbling in wrongdoing just because their peers might be. "The five most dangerous words in business may be 'Everybody else is doing it,'" said the 76-year-old Buffett.

That lesson apparently came too late for many other executives. At least that's the way it looks from the widespread corporate admissions that they backdated stock-option grants so top officials could reap higher rewards when they later exercised the options and sold shares of their companies.

Allegations of such questionable behavior first hit in March, and like a virus quickly spread to more than 190 companies, including UnitedHealth Group Inc., Home Depot Inc. and Apple Computer Corp. Nearly five dozen executives — including 18 CEOs — were out of work as a result.

"The backdating of stock option grants is akin to picking lottery numbers on the day after the winning numbers are announced," said a shareholder lawsuit against Caremark Rx Inc., one of the companies being investigated. Caremark officials have denied any wrongdoing.

Hewlett-Packard Co. found itself in the scandal spotlight for a different reason. In September, HP disclosed that it hired investigators who lied to gain access to phone records and other information about board members who discussed company business with journalists. Congress passed a law outlawing this practice, known as pretexting, days after the company agreed on Dec. 7 to pay $14.5 million to settle a lawsuit brought by California Attorney General Bill Lockyer accusing the company of unfair business practices.

"If I knew then what I know now, I would have done things very differently," former board chairwoman Patricia Dunn told a congressional panel investigating the scheme. Still, she said, "I do not accept personal responsibility for what happened."

Another high-profile business case unfolded in Houston where former Enron chairman Ken Lay and CEO Jeffrey Skilling were convicted in May of defrauding investors.

"Our stockholders and our owners knew exactly what they needed to know," Skilling said during his testimony at the four-month trial. But he failed to win the jury's sympathy and was sentenced to more than 24 years in jail.

Lay won't be serving any time. The 64-year-old died in July before being sentenced. That means his conviction was vacated and prosecutors aren't able to take $43.5 million in restitution from his estate.

Yet even though the demise of Enron and other companies in recent years showed the need for corporate reform, some in the business world are calling for a rollback in parts of the Sarbanes-Oxley anti-fraud law. Their view is that over-regulation is hurting the competitiveness of U.S. capital markets.

That overhaul might be a tough sell right now, given the run-up on Wall Street this year that no one saw coming. The Dow Jones industrial average surpassed 12,000 for the first time, while the Standard & Poor's 500 index jumped to a six-year high. Record buyout activity, to the tune of $3.65 trillion worldwide, helped fuel that rise.

Such gains have made index funds among the top performers in 2006. Hedge funds — which have long used their ability to outpace the overall market as a way to woo investors — have scrambled to keep pace.

Homebuilding stocks were an unexpected leader in this late-year surge. Few anticipated they would rally from a midyear slump, given the magnitude of the housing market's collapse. Sentiment in housing has changed dramatically over the year, resulting in steep declines in new home construction, sales and building permits.

Luxury builder Toll Brothers Inc. is among companies with a higher share price but lower profits. Its CEO, Robert Toll, has seesawed this year in his assessment of the housing sector's outlook — from a projecting a soft-landing, to a hard fall, to who-knows-what-will-happen next.

After saying in November that he hadn't seen any kind of turnaround in business, he hinted on a Dec. 5 conference call that maybe the housing market had hit bottom. Few analysts on Wall Street bought it. "Which Kool-Aid are you drinking, because I want some ... No one else in the industry is willing to stick their neck out," Credit Suisse homebuilding analyst Ivy Zelman said during the call, according to Thomson Financial's StreetEvents.

What happens to the housing market next — as well as stocks, bonds, the dollar, anyone interested in acquisition activity, and more — might rest largely on how the Federal Reserve proceeds with interest rates. The U.S. central bank has held the overnight bank-loan rate steady at 5.25 percent since August after raising it 17 times in quarter-point increments over the previous two years.

The curious state of the economy poses a big challenge for new Fed Chairman Ben Bernanke, who took the helm in January from Alan Greenspan. While growth has slowed and oil prices have retreated from summertime highs exceeding $78 a barrel, Bernanke is still warning that inflationary pressures exist. "A failure of inflation to moderate as expected would be especially troublesome," Bernanke said this fall.

Of course, not everything in 2006 was a surprise. Like every year, hedge funds imploded, executives got paid more than shareholders deemed fair and China gained more strength as an economic powerhouse.

But in a year packed with so much that no one saw coming, it's no wonder that business as usual got overlooked.