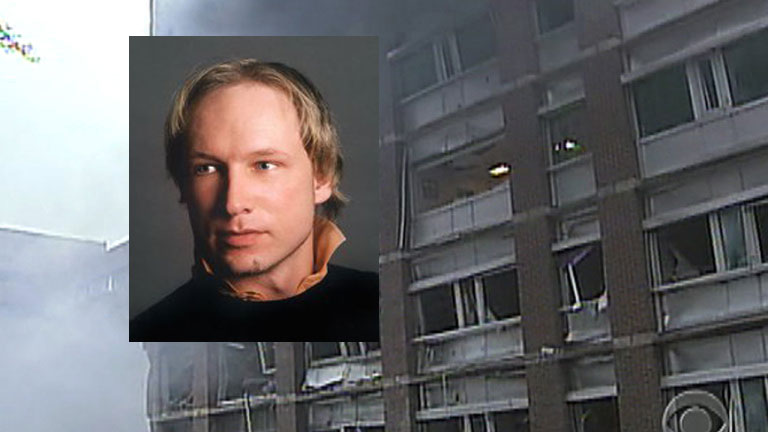 Police have confirmed 91 deaths in the attacks: Seven from the bombing, and 84 at the political youth camp where the gunman opened fire after setting off a bomb in Oslo.

Norwegian media reported that the suspect belonged to an extreme right wing group, calling himself a "nationalist," and had at least a Glock pistol and machine gun registered in his name. He allegedly ran a company involved in farming "vegetables, melons, roots and tubers," and would have had access to chemical fertilizers used in bomb-making.

Another Norwegian media source, VG, reported that Breivik was not known to the police and did not have an extensive military background.

Police official Roger Andresen confirmed to reporters that a suspect was in custody, being questioned for both assaults, and is cooperating with investigators.

"He is clear on the point that he wants to explain himself," Roger Andresen told reporters Saturday.

National police chief Sveinung Sponheim told NRK that the suspected gunman's Internet postings "suggest that he has some political traits directed toward the right, and anti-Muslim views, but whether that was a motivation for the actual act remains to be seen."

Andersen said the suspect posted on websites with Christian fundamentalist tendencies. He did not describe the websites in any more details.

A police official said the suspect appears to have acted alone in both attacks, and that "it seems like this is not linked to any international terrorist organizations at all." The official spoke on condition of anonymity because that information had not been officially released by Norway's police.

"It seems it's not Islamic-terror related," the official said. "This seems like a madman's work."