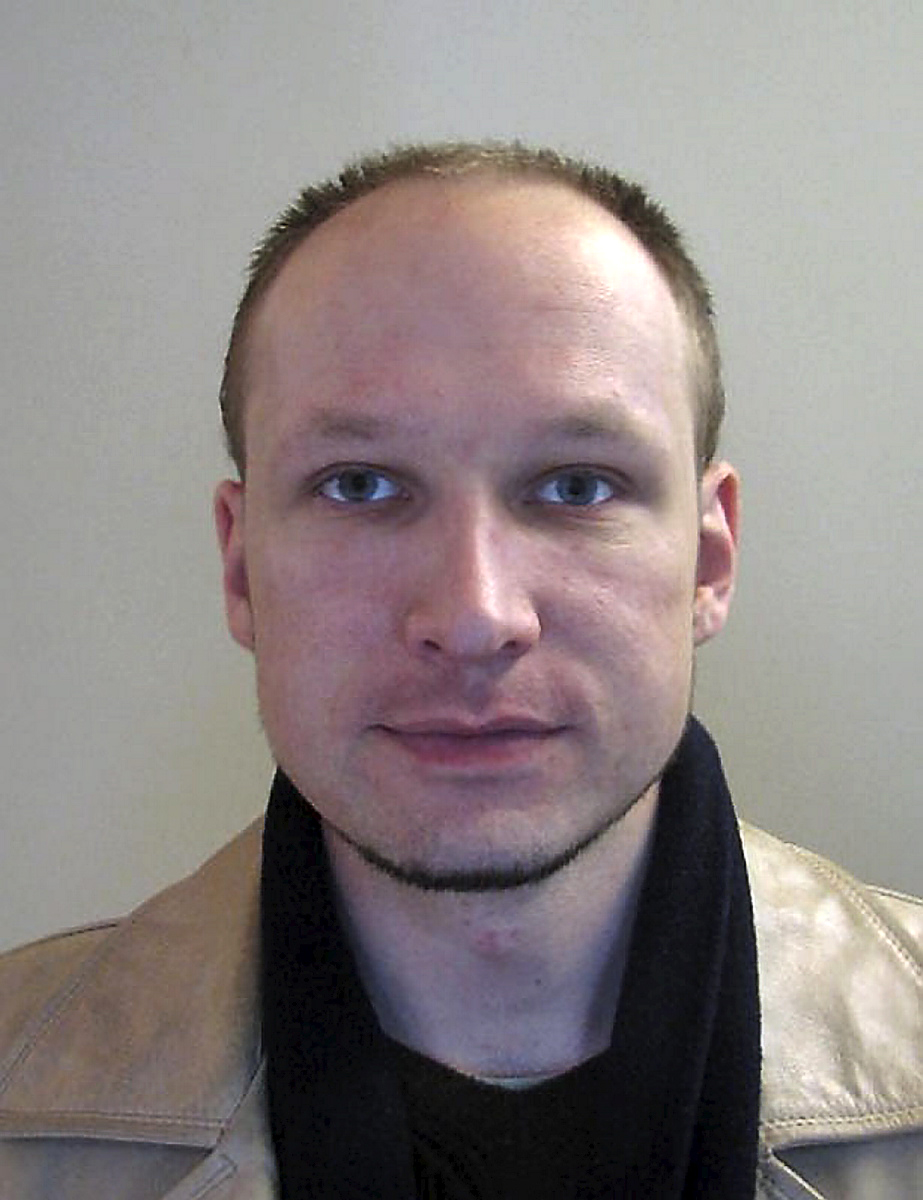 OSLO, Norway - The Norwegian right-wing extremist who confessed to a bombing and shooting massacre that killed 77 people tried to give a speech describing himself as a resistance leader at his first public court hearing Monday but was cut off by the judge.

Wearing a dark suit, Anders Behring Breivik was escorted by guards into an Oslo court room packed with dozens of reporters and members of the public, including survivors of his shooting at a youth camp outside the capital who were seeing him in person for the first time since the bloody rampage.

Breivik began portraying himself as the "commander" of a Norwegian resistance movement before Judge Torkjel Nesheim interrupted him and told him to stick to the issue at hand. The hearing was to decide whether to extend Breivik's custody pending his trial on terror charges.

Breivik was turned down again when he asked the judge if he could address survivors and victims' relatives.

The judge granted prosecutors their request Monday to keep him jailed for 12 more weeks, before the criminal trial gets underway.

Tim Viskjer, a survivor of the shooting spree, watched the hearing in another room of the court house from a video screen.

"I thought he seemed cold and inhuman," Viskjer told Norwegian broadcaster NRK. "It was uncomfortable, but for me I moved on a little bit after seeing and hearing the suspect."

Previous court hearings in the case have been closed to the public. At the end of Monday's hearing, the judge lifted a ban on reporting on the proceedings.

Investigators say Breivik set off a fertilizer bomb outside the government headquarters on July 22, killing eight people, before heading to an island retreat, where youth sections of Norway's governing Labor Party were gathered for their annual summer camp. Disguised as a police officer, he opened fire on scores of panicked youth, shooting some of them as they fled into the lake. Sixty-nine people were killed on Utoya island before Breivik surrendered to a police SWAT team.

The carnage left Norway shocked, and continues to haunt a nation that sees itself as peaceful and tolerant.

Breivik confessed to the attacks but pleaded not guilty to terror charges, claiming he is in a state of war to protect Europe from being taken over by Muslim immigrants.

An online manifesto attributed to Breivik sheds light on his choice of targets. In it, he lays out a blueprint for a multi-phase revolution, targeting left-leaning political elites he accuses of destroying their own societies by admitting large numbers of immigrants, especially from Muslim countries.

His actions were widely condemned, including by the anti-Islamic bloggers and groups that he cited prolifically in the document.