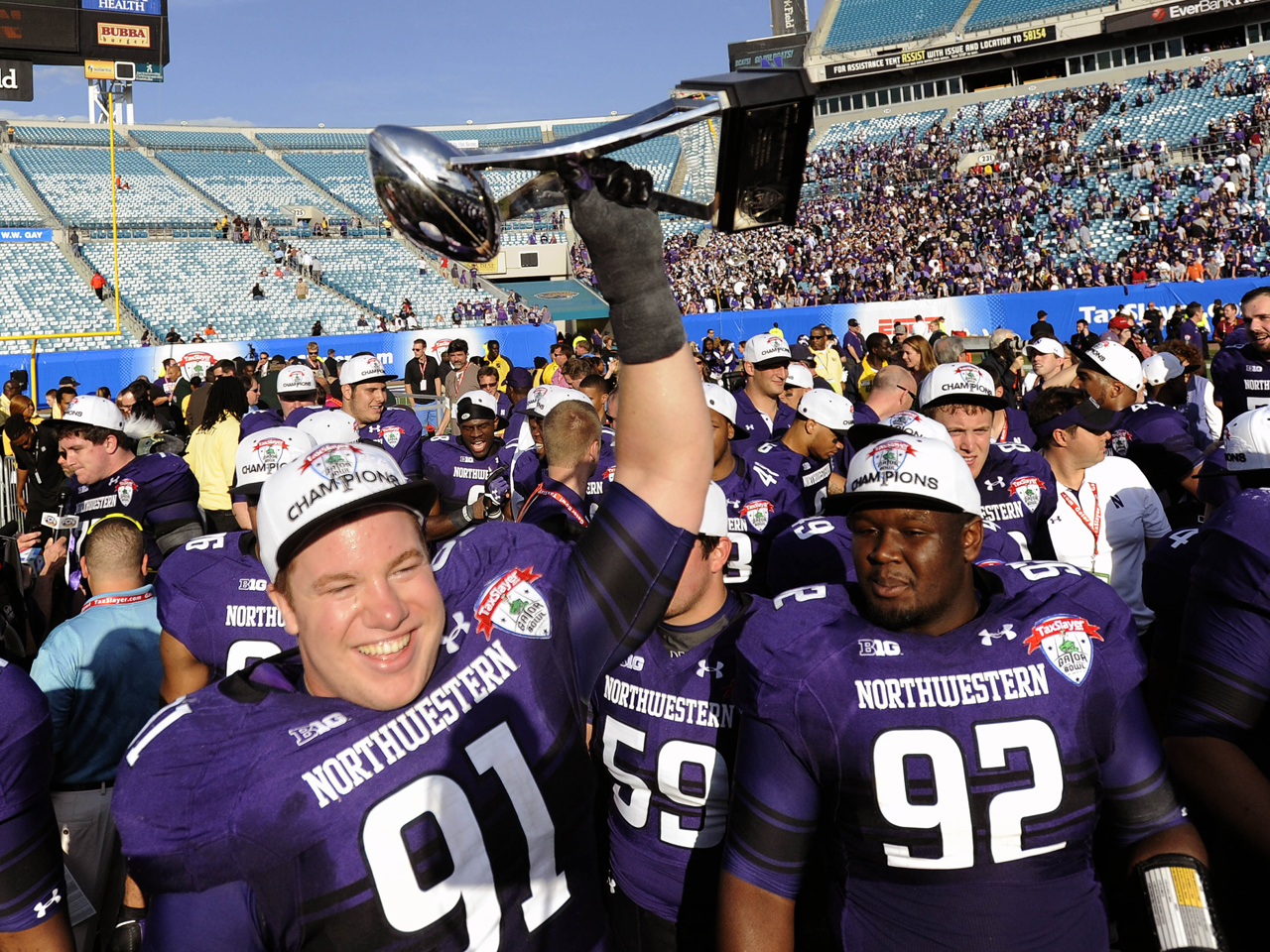 The Wildcats (10-3) earned their first bowl game win since 1949, ending a nine-game losing skid that was tied for the longest in NCAA history. They also celebrated double-digit victories for the first time since the 1995 Rose Bowl season.

Quentin Williams returned an interception 29 yards for a touchdown on the third play of the game and Nick Vanhoose set up a late touchdown with a 39-yard interception return. Those plays were the difference in a back-and-forth game that featured more interceptions (seven) than touchdowns (six).

In between, Northwestern's two-quarterback system kept the Bulldogs (8-5) off balance most of the day.

Scrambler Kain Colter ran for 71 yards, making up for his two interceptions. Backup Trevor Siemian threw for 120 yards and an interception, and also ran for a score.

Even with the turnovers, they were more efficient than Mississippi State's Tyler Russell.

Russell completed 12 of 28 passes for 106 yards, with two touchdowns and four interceptions. He had only thrown six picks in the first 11 games this season.

Venric Mark, Northwestern's all-everything back, finished with 56 yards and a touchdown on 13 carries.

Mark and Colter were on the field for the final few snaps, watching from afar as the madness started to unfold on their sideline. The Wildcats spent the final 1:42 celebrating the program's first postseason victory since beating Cal in the 1949 Rose Bowl.

Senior defensive tackle Brian Arnfelt doused coach Pat Fitzgerald with a water bucket and then jumped into his arms. Players danced at midfield and then ran toward the stands to recognize friends, family and fans. Fitzgerald playfully directed the band as it played the alma mater.

The Wildcats donned Gator Bowl championship hats and posed for pictures long after the final seconds ticked off the clock.

The feeling had to be special, especially since players and coaches hadn't forgotten that they blew three double-digit leads in the second half of every loss this season. Northwestern surrendered big leads against Penn State, Nebraska and Michigan. That `here-we-go-again' feeling surely had to come into play when Mississippi State tied the game at 13 in the third quarter.

But the Wildcats responded, with Siemian directing a 76-yard drive that put NU up for good.