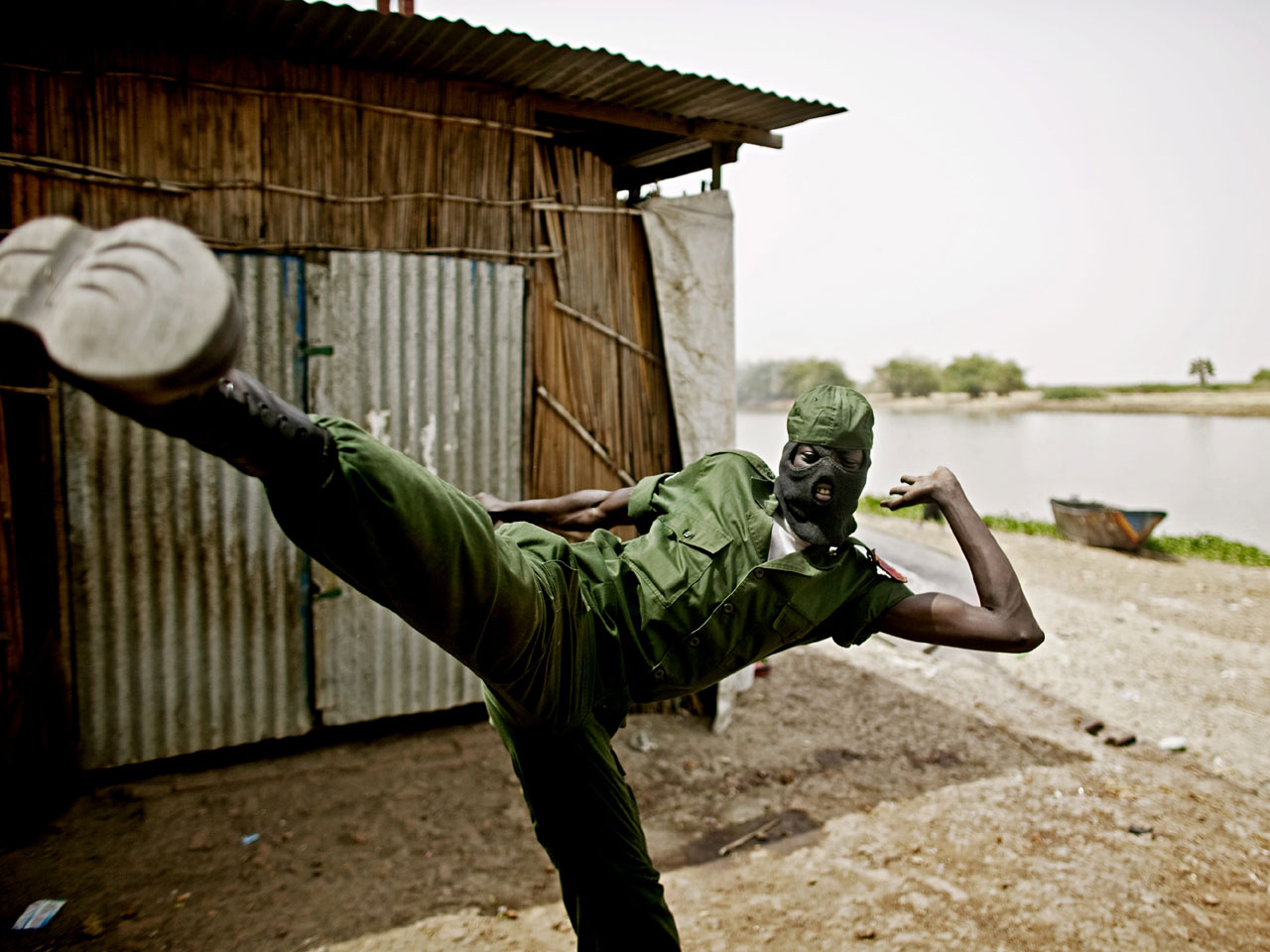 JUBA, Sudan - Northern Sudanese troops appeared to have seized the contested town of Abyei on Saturday night, a U.N. spokeswoman said, increasing fears of conflict as the country's south prepares to become the world's newest country.

U.N. officials have seen 15 tanks belonging to the northern army in parts of the town, where earlier mortars slammed against a United Nations base, Hua Jiang said. One of those mortar rounds exploded, but there were no casualties among U.N. personnel, she said.

The attack on the compound has prevented the U.N. forces from patrolling this contested town, Jiang said.

The violence comes against the backdrop of a four-day visit by the U.N. Security Council to Sudan, starting Saturday. Southern Sudan will become independent on July 9 and the U.N. has expressed concerns about recent violence in Southern Sudan and in several spots across the contested border region.

Southern Sudanese army spokesman Col. Philip Aguer said Saturday that the northern army was bombing the area near Abyei from the air for a second day.

The United Nations peacekeeping mission in Sudan issued a statement earlier Saturday calling for the immediate cessation of hostilities in Abyei and urging the north and south to protect civilians in the areas where fighting may be ongoing.

Southern Sudan's independence - approved overwhelmingly in a January vote - is less than two months away, but the status of Abyei has not been determined. Its future is the most important outstanding issue remaining to be settled between north and south.

"There are still air bombardments," Aguer told The Associated Press on Saturday, referring to the southern army's allegations that the northern army begun bombing Abyei on Friday after clashes there Thursday evening between northern and southern troops.

Jiang said artillery was heard in Abyei on Friday but that the U.N. could not verify more details because of insecurity in the area.

The group received the wounded at their hospital 24 miles (40 kilometers) south of Abyei.

Doctors Without Borders said in its statement that "the entire population of Abyei town fled" Saturday morning. The group said it suspended its primary health care programs in Abyei to treat the wounded.

Local officials also said Saturday that at least six rebels and soldiers were killed in clashes between the southern army and rebels Friday and Saturday in Unity state.

Fighting broke out in two different areas of Unity State when two different rebel groups, which the south claims are both backed by the northern government, attacked villages on Friday and Saturday.

The top local official in Unity state's Mayom County, Charles Machieng Kuol, also told the AP by phone on Saturday that four police officers were also killed Friday when they ran over a mine that exploded.

The reports of violence follow a sharp escalation in tensions in Abyei after a northern army convoy accompanied by U.N. peacekeepers came under attack late Thursday, wounding two northern soldiers and provoking harsh condemnation from the U.N. mission.

The northern army accused southern troops of firing upon the convoy, a charge the southern army denied. The southern military later on Friday accused the north of carrying out bombing runs in the Abyei area, including attempting to hit targets near a strategic bridge across a river in southern Abyei.

On Saturday, the United States condemned the offensive near Abyei.

While the U.S. said it deplored Thursday's attack by southern forces on a U.N. convoy, it called the north's response "disproportionate and irresponsible."

"The actions being taken by the government of Sudan are blatant violations of the Comprehensive Peace Agreement and threaten to undermine the mutual commitment of the CPA parties to avoid a return to war," the White House said in a statement.

It called on Sudan's military to cease its offensive in Abyei and withdraw its forces. Failure to do so could set back the process of normalizing U.S.-Sudanese relations, the statement warned.