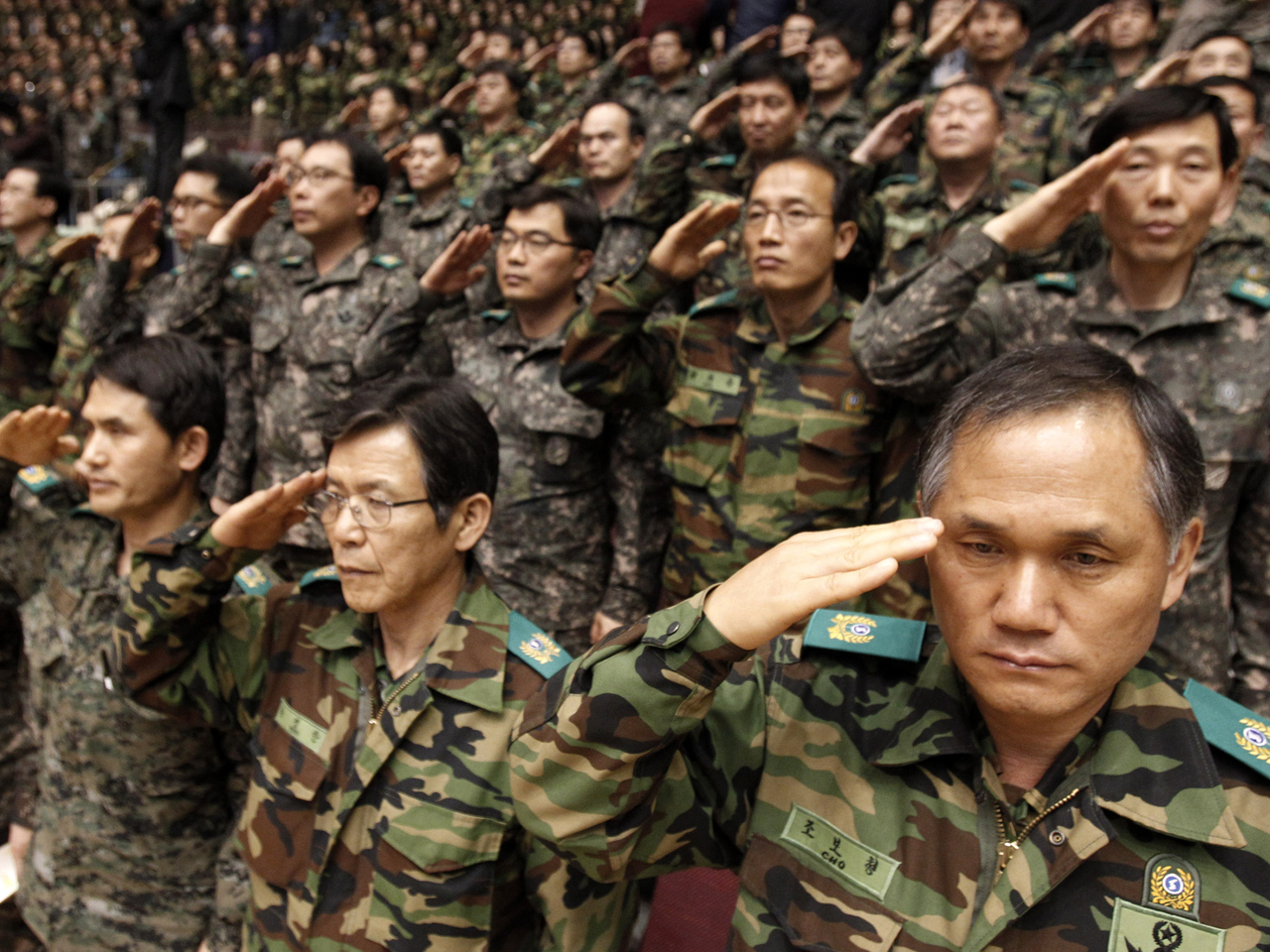 SEOUL, South Korea The North Korean factory park that is the last vestige of cooperation with the South moved closer to paralysis Saturday as nearly 100 South Korean workers went home across a border that Pyongyang has closed in the return direction.

South Korean workers who left the Kaesong industrial complex just north of the heavily armed Demilitarized Zone said their companies were running out of raw materials that ordinarily would be trucked in from the South. South Korea's Unification Ministry said one of the more than 120 companies operating at the complex shut down Saturday, the fourth to do so since North Korea barred people and cargo from entering on Wednesday.

The closing of the border crossing is among many provocative moves Pyongyang has made in recent weeks. It has also made war threats as it expressed outrage over U.N. sanctions related to its February nuclear test, and over ongoing U.S.-South Korean annual military drills that Pyongyang calls war rehearsals.

"By the end of this month, we're looking at the end of the exercises, and the question will be - after the North Koreans probably will fire off a couple of missiles - whether it'll be the end of their propaganda exercise," Hill said.

North Korea last month threatened a nuclear attack on the United States, and last week said it had entered a "state of war" with South Korea. Defense officials in Seoul say they have seen no preparations for a full-scale attack, though they add that the chance of a localized conflict remains.

On Tuesday, North Korea said it would restart a plutonium reactor closed in 2007 and use it to make fuel for nuclear bombs. On Thursday, South Korea's defense minister said the North has moved a missile with "considerable range" to its east, possibly for testing or as part of drills.

U.S. intelligence has confirmed to CBS News that North Korea has moved missile parts to two locations in preparation for a possible launch within the next few days.

Analysts believe the Musudan, also called Taepodong-X, missile has not been tested, but is intended to hit targets at least 1,500 miles away, putting the U.S. territory of Guam at the limits of its range.

North Korea has been raising its war rhetoric almost daily. Foreign diplomats based in Pyongyang say the government told them it could not guarantee their safety unless they left the country by April 10. There was no sign Saturday that any diplomats were preparing to leave because of the notice.

Britain's Foreign and Commonwealth Office said Friday that it had "no immediate plans" to withdraw workers from its embassy and condemned recent North Korean behavior.

At Kaesong, hundreds of South Korean managers have worked with thousands of North Korean workers to produce a variety of products for the past decade. There was a similar disruption in 2009 — also during U.S.-South Korean military exercises — but that was brief, and manufacturers fear this border shutdown could last longer.

Another man, Kim Jin-ho, said his factory had only enough raw materials to last for three or four days, as he spoke from the seat of his porter truck full of cardboard boxes.

North Korea is not forcing South Koreans to leave, so the companies are running out of raw material rather than managers. Sung Hyun-sang, head of an apparel manufacturer that employs 1,400 North Korean workers, said Friday that his factory will be "in real trouble" if supplies aren't sent to his factory in Kaesong in a week or two.

In a sign of how unconcerned South Koreans based at Kaesong are about their own safety, the Unification Ministry said Seoul on Saturday turned away some managers waiting at the border with hopes of getting back to work.

South Korea has drawn anger from the North by discussing the possibility of a potential hostage situation involving the nearly 520 South Koreans still working at the complex. But Chang Yong-seok at the Institute for Peace and Unification Studies at Seoul National University said what the North is really doing is threatening to "wither the Kaesong industrial complex to death."

The North Korea analyst said tension at Kaesong is likely to tone down once the U.S. and South Korea wrap up their annual drills at the end of this month.