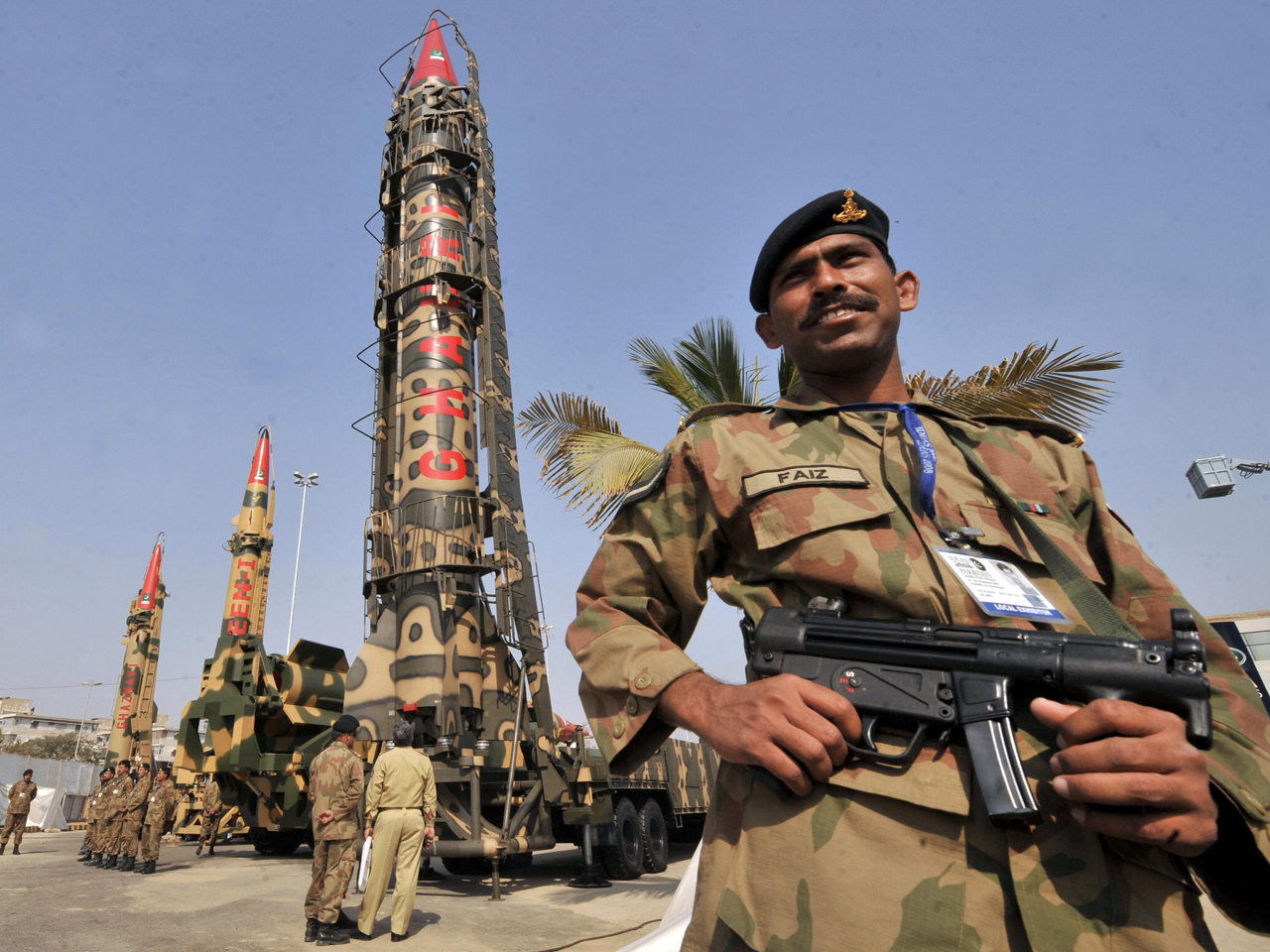 ISLAMABAD Amid mounting tensions between the U.S. and North Korea, U.S. officials are examining a range of North Korean missiles, including the Rodong version once supplied by Pyongyang to Pakistan, senior western diplomats told CBS News.

The standoff in the Korean peninsula has revived memories from the early 1990s when Western officials, including the U.S., discovered North Korea supplied the Rodong missile to Pakistan, arming the south Asian country with the capacity to deliver nuclear bombs.

Pakistan became a nuclear power in 1998, after it carried out its maiden nuclear tests just three weeks after India carried out its own tests. According to defense experts who discussed Pakistan's missile program with CBS News in the past, the Rodong was built with old-styled Soviet technology. Pakistan subsequently made improvements on the original design by increasing its range and improving its targeting systems.

From Washington, a U.S. official who spoke to CBS News on condition of anonymity said, while the "threat is very real," U.S. officials are "primarily concerned about targets closer to North Korea" such as South Korea and Japan.

The official added that it's too early to conclude that North Korea has the ability to launch a strike at the U.S., though he noted "a further escalation [in the conflict] could still make this situation very ugly."

In recent years, the U.S. has been worried about Pakistan's nuclear and missile programs. In 2003, Abdul Qadeer Khan, the founder of Pakistan's nuclear program, was discovered to have traded know-how and technology with Iran, Libya and North Korea.

Subsequent demands from the Western world led by the U.S. for direct access to Khan to interview him on the scale of his work were turned down by Pakistani authorities. However, the Pakistani army has followed up by tightening controls around the program established by Khan, to make certain that there are no new cases of proliferation.

"For the U.S., any information that helps to know how far the North Koreans can strike with their missiles will be critical as tension builds up all around," said one of the two senior European diplomats.

The U.S. official speaking from Washington said the U.S. has so far not made any new requests to Pakistan for information on its past dealings with North Korea.

But the second European diplomat said, "I am pretty certain that people [in the U.S. government] who are looking at the North Korean situation must be asking if lessons from Pakistan's case can help to understand North Korea's missile program."