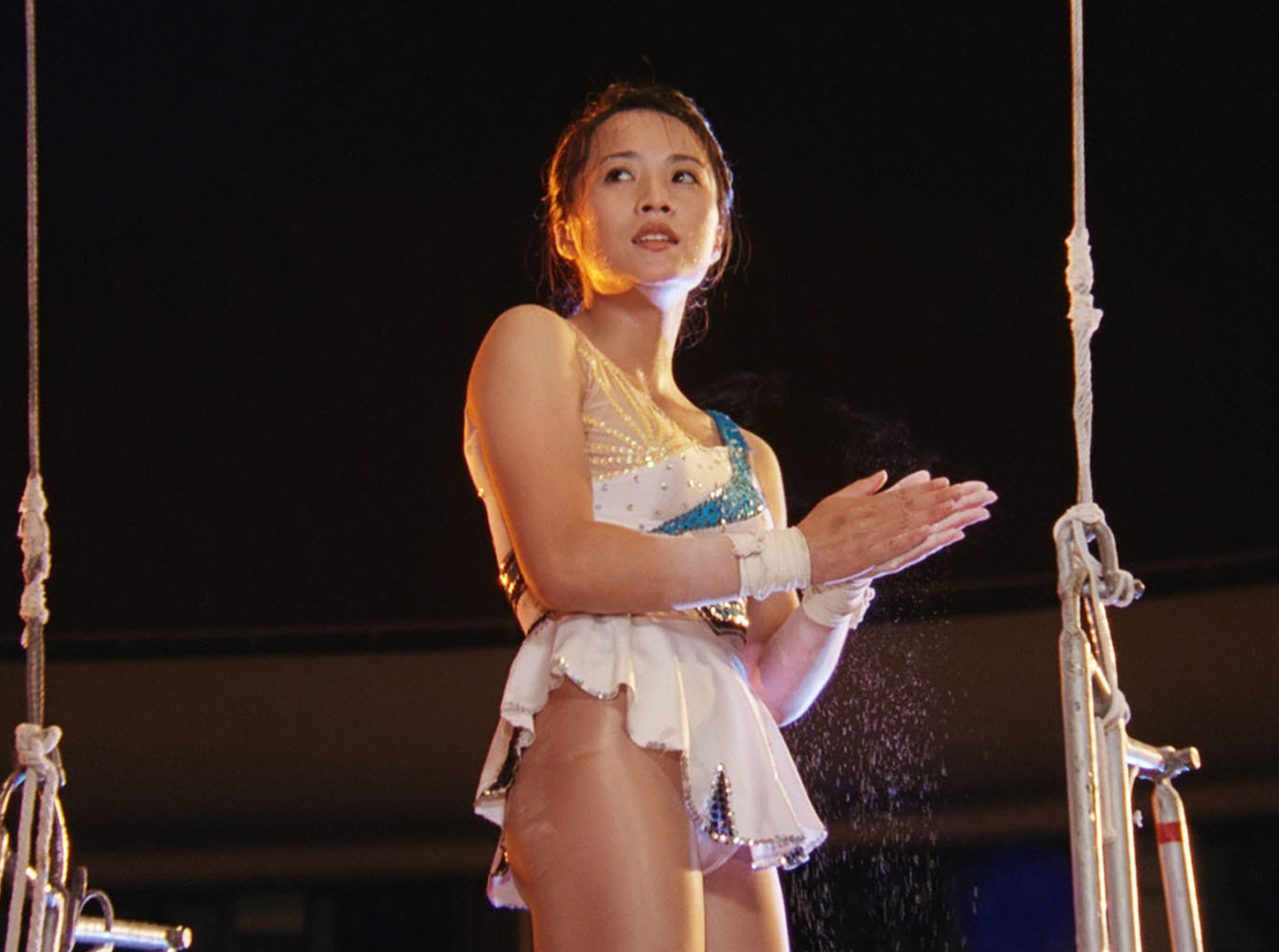 (AP) SEOUL, South Korea - It's a classic tale of a small-town girl who follows her dreams to the big city. But in this case, the girl is a North Korean coal miner, the big city is Pyongyang and her dream is to become a high-flying trapeze artist.

"Comrade Kim Goes Flying," a collaboration between a North Korean director and two European filmmakers, makes its world premiere Saturday at the Toronto International Film Festival before it heads to Pyongyang later this month for its North Korean debut.

The film was shot on location with an all-Korean cast, but it avoids overtly political themes and isn't what foreign audiences might expect to see from North Korea: a feel-good romantic comedy about a plucky young woman who grabs her chance to run off to the circus, only to find her wings clipped by the show's handsome but arrogant superstar. He seems determined to make sure she doesn't succeed - until he falls in love with her.

"It's one purely about a girl going about her dream" Bonner told The Associated Press in an interview in Pyongyang. "She's an individual and rather cheeky character with this dream of hers to fly."

Bonner has been traveling to Pyongyang for nearly 20 years as co-founder of Beijing-based Koryo Group, which organizes tour groups, art shows and sports exchanges with North Korea. Belgian producer Anja Daelemans, a two-time Oscar nominee, got a peek when she showed a short film at the Pyongyang International Film Festival in 2002. The duo teamed up with Ryom Mi Hwa, a North Korean producer who has worked closely with Koryo Group over the years.

Citing the Korean phrase "Over the mountains are mountains," Bonner and Daelemans describe the making of the movie as a "long and halting process of ups and downs."

The idea for "Comrade Kim" was dreamed up one winter's night more than six years ago over glasses of whiskey. They tinkered with the script for three years before a North Korean studio was willing to take it on. Finally, Kim Gwang Hun, a director who once collaborated with Ryom's cinematographer father, took interest.

"Actually, I was concerned that the process of approving the script together with our foreign partner would take a lot of time and we would face many difficulties because of the difference in languages, customs and living environments," Kim said.

Indeed, the film's cast and crew have had little interaction with the outside world. North Korea, one of the world's last Cold War outposts, remains mostly isolated from the rest of the world, a country more famous for its nuclear defiance than its potential for romantic comedies.

Yet movies are hugely popular. Late leader Kim Jong Il famously championed filmmaking as an essential propaganda tool in his 1973 treatise, "On the Art of Cinema."

North Korea has collaborated in the past with production companies from countries such as Russia, China and Italy. "Promise in Pyongyang," released this year, is a Chinese-North Korean production. Bonner and his Koryo Group colleagues have made three documentaries on North Korea.

But "Comrade Kim" is the first European collaboration since the action film "Ten Zan, the Ultimate Mission," a North Korean-Italian production from the 1980s.

For Kim, shooting a romantic comedy was a departure from his usual military-themed work. But he said he relished the idea of offering audiences lighter entertainment.

Then there was the issue of casting. Going with acrobatic skill over acting chops, they chose Han Jong Sim and Pak Chung Guk, acrobats with the Pyongyang Circus, and enrolled them in four months of intensive acting training. She and Pak were backed up by some of North Korea's most famous actors.

Han, who plays bright-eyed  Kim Yong Mi, says the trapeze scenes were easy but the close-ups were tough. Her character is mischievous and charming, willing to resort to telling white lies to realize her dreams.

"As an acrobat, I use the movement of my body to create a breathtaking impression on the audience, but film actresses have to use their faces to express all their feelings to the audience, and this hasn't been easy work for me," she said during filming in June 2010.

"Comrade Kim" also offers foreign audiences a look at life inside North Korea. Or at least the cinematic version, where there's plenty of food on the table and enough electricity for Yong Mi to scribble in her diary at night.

Viewers go inside the gymnasiums where the acrobats who star in North Korea's famed Arirang mass games perfect their trapeze acts. And the movie shows North Koreans in baseball caps and T-shirts, not just military uniforms.

It also touches on timely themes, including the construction that is part of a major propaganda push that began during the succession campaign for Kim Jong Un, who took over as North Korean leader after father Kim Jong Il died in December.

The film is rich in visual detail that the filmmakers hope will appeal to foreign as well as North Korean audiences.

Kim, the North Korean director, admitted he was worried about working with foreigners.

But "it went very smoothly, better than I expected, and it was very interesting to work together with them," he told AP. "I think it is because our foreign partners can understand our ideas, system, and policies, and the intentions of our filmmakers."