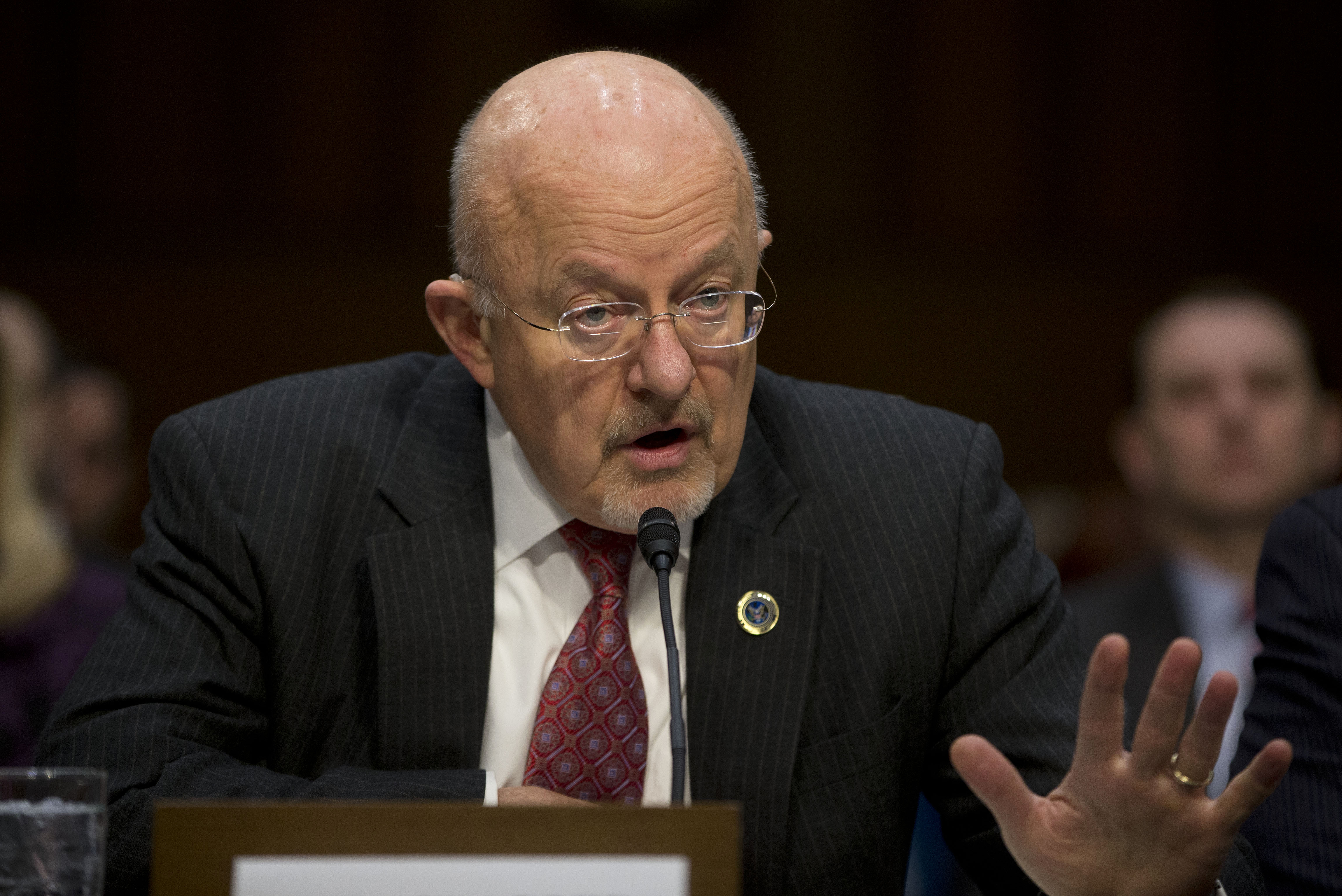 WASHINGTON - The North Koreans passed word they wanted a high-ranking U.S. government official for the job, so President Barack Obama sent a gruff former general to spirit home two Americans held captive by the hard-line communists. Director of National Intelligence James Clapper is no diplomat by training, and that's perhaps just why he earned the clandestine call.

For past visits to the unpredictable and reclusive country, the United States has sent smooth-tongued luminaries such as former Presidents Bill Clinton and Jimmy Carter, and former U.N. Ambassador Bill Richardson. Or North Korean experts, one of whom was Sydney Seiler, a former intelligence official who is now with the State Department.

But analysts who follow North Korea say Clapper may have been perfect for the role.

The spy chief was senior enough to convey a message of respect to the North Korean. But he is not a diplomat, so he could beg off any unrelated demands the North Koreans may have made. The two countries do not have diplomatic relations.

"The director of national intelligence was just the right person for this," said Joseph DeTrani, who used to work for Clapper as his North Korean mission manager.

On Saturday, Clapper landed on a U.S. government plane with the two Americans, Matthew Miller of Bakersfield, California, and Kenneth Bae of Lynnwood, Washington, at Joint Base Lewis-McChord, near Tacoma, Washington.

Clapper and his aides have kept quiet so far about whom he met with or what was discussed.

A senior Obama administration official said Obama approved the mission last week. Clapper spent roughly a day on the ground and met with North Korean security officials, but not North Korean leader Kim Jong Un, according to the official, who was traveling with Obama to Asia.

Clapper went for the sole purpose of bringing home the two detainees, although the U.S. anticipated that other issues of concern to the North would come up during Clapper's discussions, said the official, who wasn't authorized to comment by name and demanded anonymity.

The U.S. had considered sending someone from outside government for the secret mission, the official said, but suggested Clapper after the North Koreans indicated in recent weeks that they would release the Americans if Obama dispatched a high-level official. Clapper got the assignment because of his role as a security official, rather than a diplomat.

North Korea's decision to free the men does not herald a change in U.S. posture regarding the North's human rights record or its disputed nuclear program, said a second senior administration official who spoke on condition of anonymity to discuss national security matters.

That official said there was no quid pro quo by the U.S. to gain the release.

Bae had been held since 2012 and was serving a 15-year sentence for alleged anti-government activities. Miller was arrested after entering the country in April. Authorities accused him of planning to infiltrate a North Korea prison.

Their release came three weeks after a third American, Jeffrey Fowle of Miamisburg, Ohio, was set free by North Korea and put on a U.S. government plane.

Many analysts suggested that the conciliatory moves, after years of bellicose rhetoric and inflammatory actions, were in response to recent pressure over North Korea's human rights record.

China, North Korea's benefactor, is likely to block as prosecution of Kim.

DeTrani said he believed that report may have been a factor, but he saw the releases as a hopeful sign that North Korea "wants to come out of the penalty box."

"The North Koreans want to come back to negotiations," said DeTrani, who nows leads an intelligence contractor trade group. "They are going through a bad patch. The last two years have been a disaster. They are more and more of an isolated state. We're seeing an outreach - the leadership in Pyongyang is saying, 'we've got to change course, it's not working."