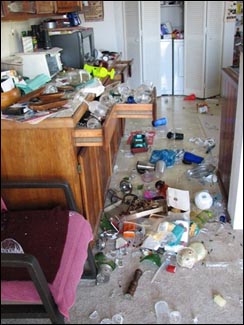 After weeks of anti-U.S. rhetoric, North Korea unleashed its wrath on South Korea's new defense chief Saturday, raising concerns that reconciliation between the two Koreas was virtually at a standstill.

The virulent criticism of Defense Minister Kim Dong-shin was unusual because North Korea has muted its verbal attacks on the South's leaders after a historic inter-Korean summit in June.

Rodong Sinmun, the official newspaper of the North's ruling Workers' Party, berated Kim for comments he made after taking over the South's defense ministry in a Cabinet reshuffle on Monday.

In his inaugural address, Kim called for closer military cooperation with the United States and a strong defense posture aligned with Seoul's efforts to engage the reclusive communist North.

"Any man of reason cannot be free to talk such rubbish," the newspaper said in a commentary carried by the North's official foreign news outlet, KCNA.

"His remarks were little short of begging foreign aggressors to hold up the process of reconciliation, cooperation and reunification of the Korean nation through war moves on the Korean Peninsula," Rodong Sinmun said.

Defense Minister Kim, a former army chief of staff, once served as a deputy commander of the U.S.-South Korea combined forces. His appointment reflected Seoul's desire to strengthen military coordination with Washington.

North Korea had sharply escalated its hard-line rhetoric against President Bush, who is perceived by many observers as taking a tougher stance on North Korea than his predecessor, Bill Clinton.

"U.S. conservative hard-liners are spreading the trite fiction of 'threat' from the (North) in a bid to bar positive developments on the Korean Peninsula and aggravate confrontation and antagonism," KCNA said in a separate commentary.

But the North has generally shied away from criticizing South Korea, which hosts 37,000 U.S. soldiers on its soil. Both Seoul and Washington are major aid donors to the North, which desperately wants more economic help to revive its shattered economy.

There was no response from the North to the South's proposal to hold Red Cross talks next month in Seoul. South Korean officials were doubtful the talks would go ahead on schedule.

Earlier this month, the North abruptly canceled a Cabinet-level meeting with the South. Last week, it retracted its promise to form a joint team with the South for the World Table Tennis Chapionships in April in Osaka, Japan.

Seoul officials believe the cancellations were part of a protest campaign against the United States.