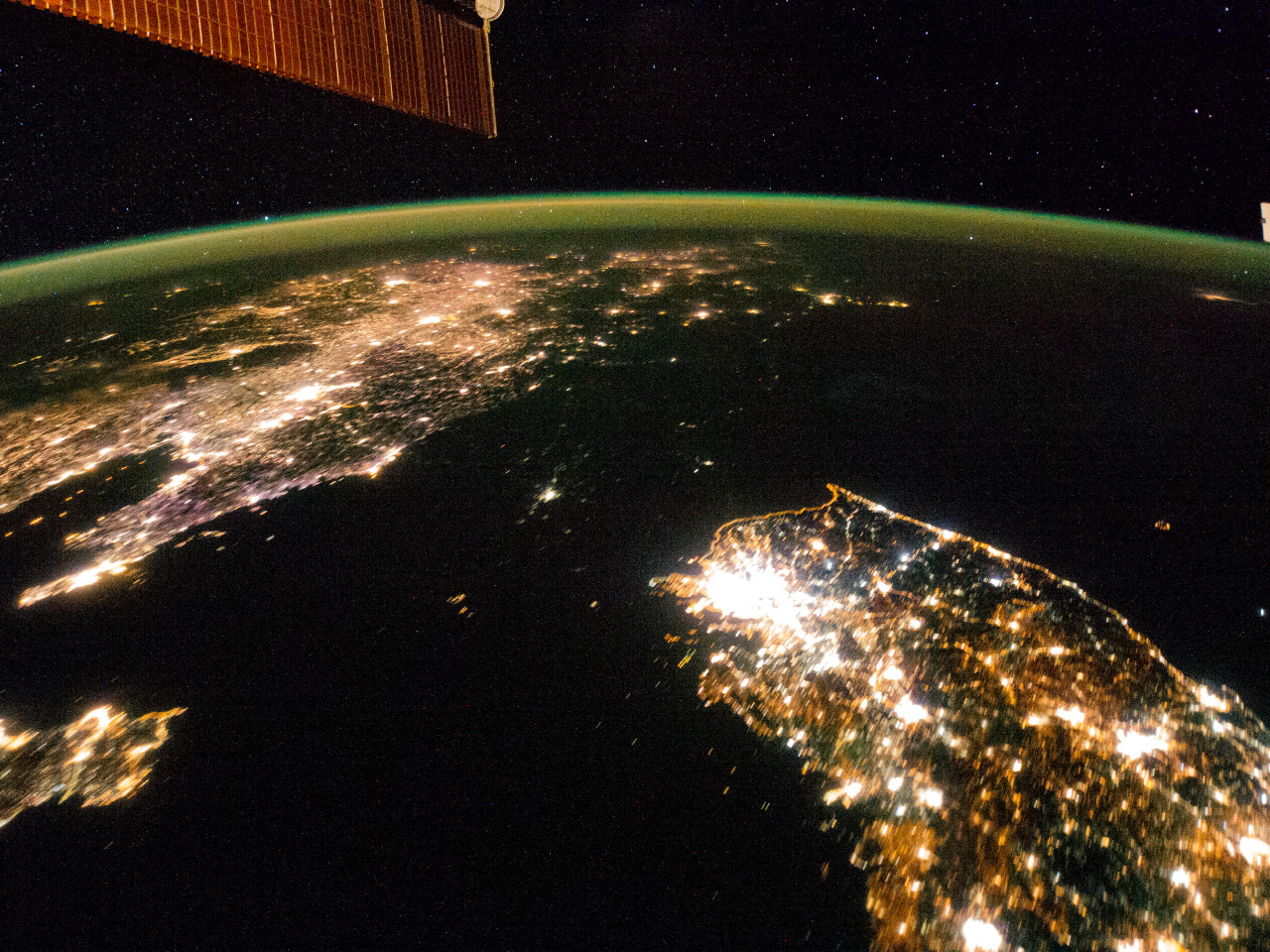 The Korean Peninsula has long been a tale of contrasts, but few contrasts are more stark than the one seen in a recent image taken on the International Space Station.

While flying over East Asia, the astronauts snapped a picture of North and South Korea at night, and the darkness that envelops The Hermit Kingdom truly stands out.

In describing the image, NASA said “the darkened land appears as if it were a patch of water joining the Yellow Sea to the Sea of Japan. The capital city, Pyongyang, appears like a small island, despite a population of 3.26 million.”

What is also particularly disturbing about this photo is how little has changed for the people of North Korea not just since the current dictator Kim Jong-un took over from his dad in 2011, but in the last decade in general.