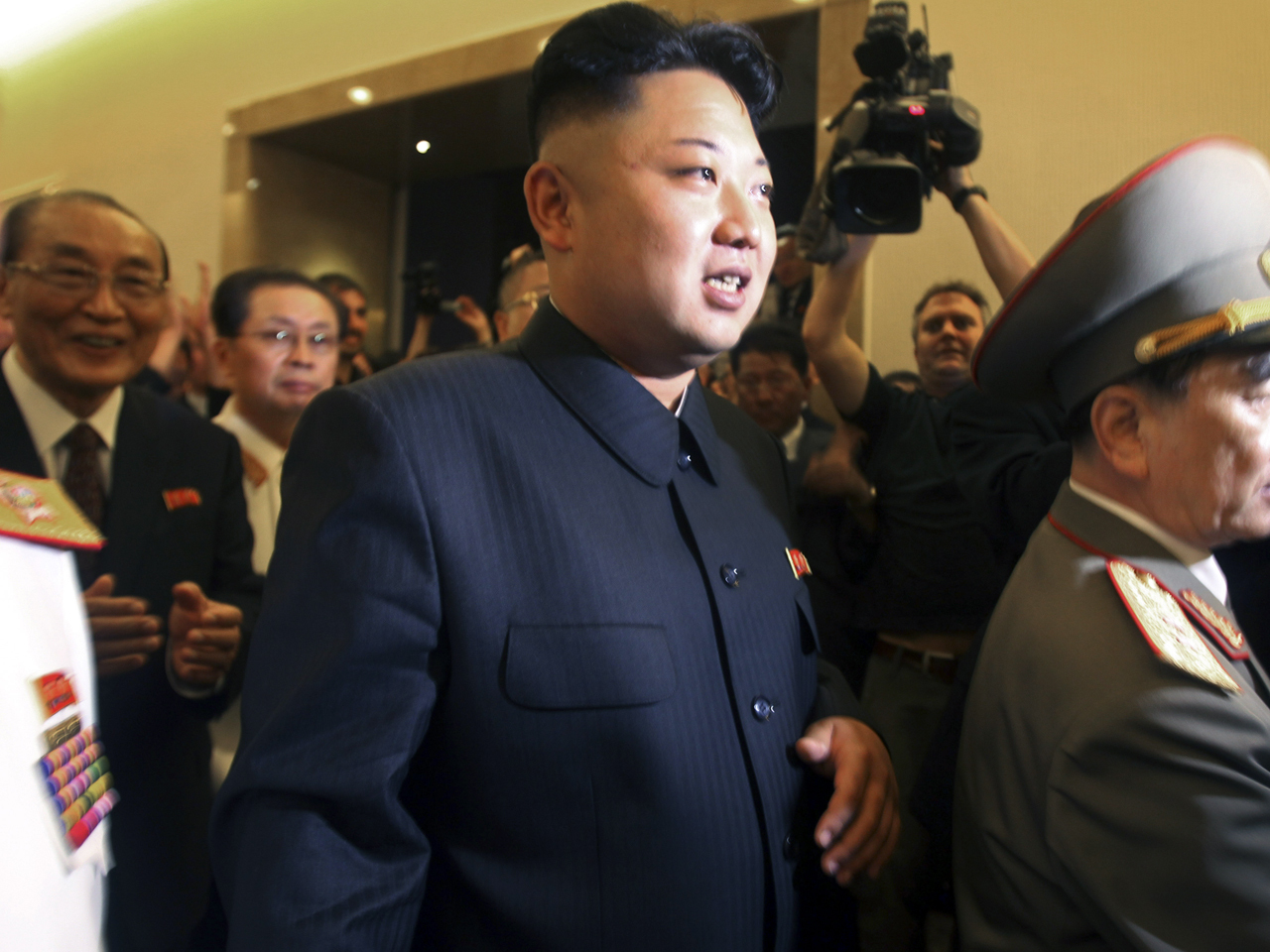 VIENNA A U.S. institute tracking North Korea's nuclear weapons program says recent satellite photos show Pyongyang is doubling the size of its uranium enrichment plant, jibing with the country's announced plans to expand technology that can be used both to create energy and the core of nuclear weapons.

The imagery comes from two sources, satellite companies Digital Globe and Astrium Geoinformation Services, and was published by the Institute for Science and International Security on Wednesday. In an accompanying note, ISIS said the photos of the Yongbyon nuclear complex show construction under way to "effectively double" the size of the enrichment hall.

That, said ISIS, would allow North Korea to also double the number of centrifuges now enriching uranium. Revealing the existence of a uranium enrichment program three years ago, Pyongyang said the plant contained 2,000 centrifuges — machines that are linked up in series and spin uranium gas into material that can be used either to power reactors or arm nuclear weapons, depending on the degree of enrichment.

That means the 4,000 centrifuges that the space is apparently being expanded for could potentially make twice that amount, giving them the capacity to build up to four bombs a year — should the country decide to use them for that purpose.

The most recent satellite photo was taken July 28. ISIS says that measured against earlier images, it shows construction at the Yongbyon site, including "the expansion of the gas centrifuge building" to twice its previous size.

The Washington-based think tank said the images indicate that work on the structure seems to have begun sometime in March. It cited a North Korean government announcement that came shortly afterward revealing plans for "readjusting and restarting all the nuclear facilities in Yongbyon, including (the) uranium enrichment plant."

Government offices in Pyongyang that could comment were shut for the day ahead of publication of the ISIS report. A North Korean diplomat with his country's mission to the United Nations in New York said he had no comment because he had not yet seen the report. He demanded anonymity because he was not authorized to speak publicly about his country's nuclear program.

Experts believe the plant is meant primarily to provide fuel for the power-hungry country. But centrifuges producing such fuel can be reconfigured to make weapons-grade uranium. That has led to international concerns because of three nuclear weapon tests by the North Koreans — the most recent in February — and the country's stated intention to continue down the nuclear weapons path.

The first two tests are believed to have used plutonium, fissile material that also can be used in weapons. But experts and governments say that with its uranium enrichment program confirmed and operating, the third explosion may have used highly enriched uranium.

James Hardy, Asia-Pacific editor of Jane's Defence Weekly, said the potential expansion will complicate any attempts by South Korea to lower tensions with its Northern rival.

There have been recent attempts at tentative diplomacy by the Koreas, but tensions could rise again this month as South Korea and the United States are scheduled to begin a joint military exercise on Aug. 19.

Hardy said the development also raises pressure on the U.S. government to come up with a policy that will stem North Korean programs to expand both its missile technology and nuclear production facilities.

"That said, the U.S.'s ongoing involvement in trying to resurrect peace talks in the Middle East is likely to push the whole North Korea issue further onto the backburner for the time being," he said in an email.

Experts believe that a uranium-based weapon would be easier to make. Extrapolating from estimates on the 2,000 centrifuges, they have said that if the machines were configured to make weapons-grade uranium they would produce enough material for one to two bombs a year — meaning doubling the centrifuges would double the output.

But ISIS, the U.S. institute, said much of the output would likely fuel an experimental light-water reactor at the Yongbyon site that is nearing completion. That, it said, means that any left-over capacity would only be enough to potentially produce no more than two weapons a year.

Harvard physicist Hui Zang, in an analysis for the Bulletin of the Atomic Scientists earlier this year, said a uranium-based nuclear weapon would be "relatively easy to construct" compared to those with plutonium and also noted that it is less hazardous to produce because of its low radiation level. Additionally, North Korea's plutonium stocks are low and its estimated arsenal is limited to only an estimated six to 12 crude bombs. That could feed North Korean interest in using enrichment for a weapons program

Pyongyang announced in April that it is restarting a plutonium-producing reactor it shuttered at Yongbyon in 2007 as part of international disarmament talks, a process that experts back then said could vary from three months to a year. But even if the reactor is now up and running, Ralph Cossa, president of the Pacific Forum CSIS think tank in Hawaii, estimates it would take two to three years before scientists could obtain more plutonium for bombs.

Nuclear Physicist Siefried Heckler was shown the centrifuges at Yongbyon in 2010 but says he and others in his delegation were not allowed a close-up inspection to see whether they were running, let alone to check on their configuration to see what grade material they might be producing.

Noting that Pyongyang only revealed the existence of the facility in 2010, he and others say other enrichment plants may be hidden elsewhere.