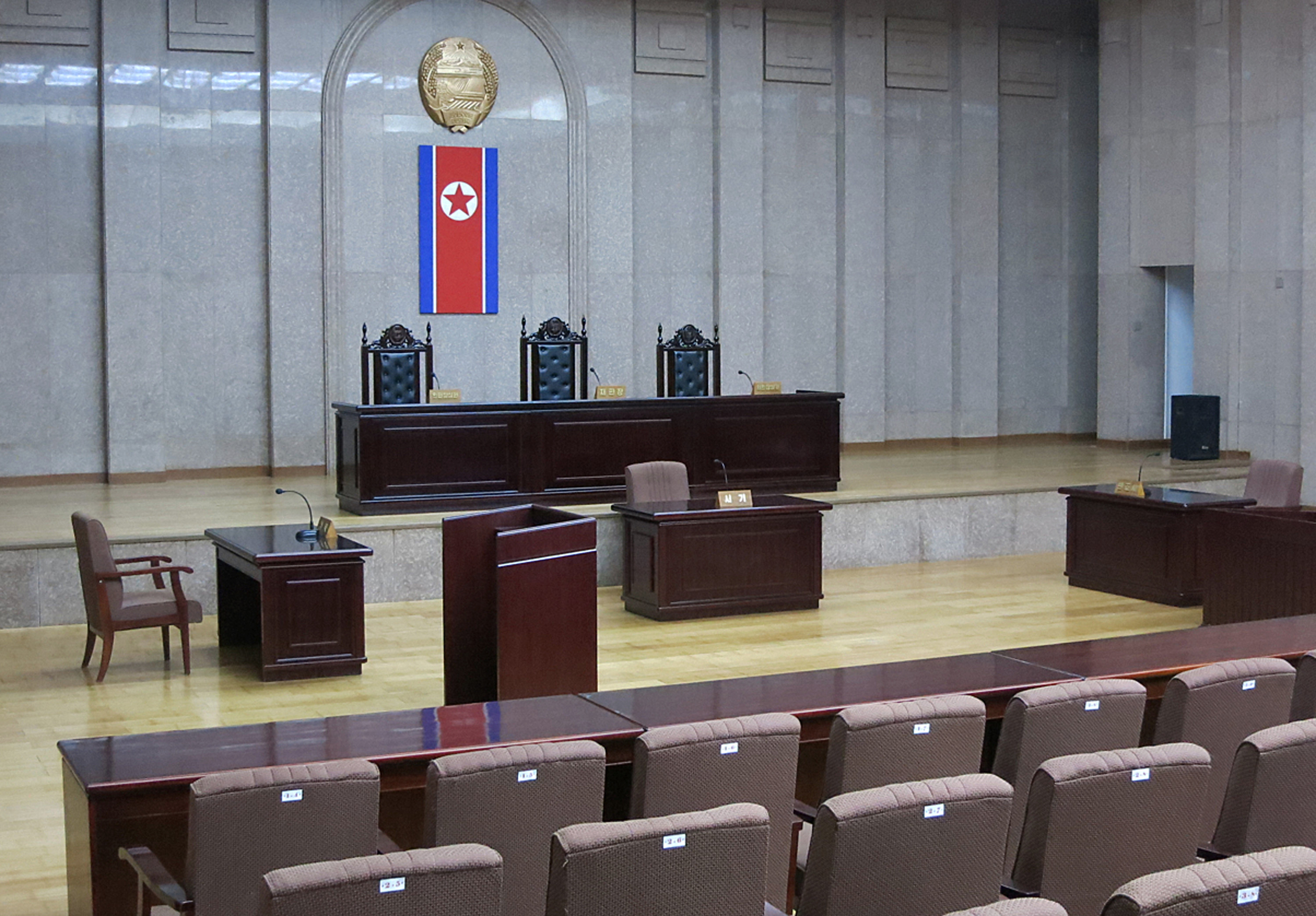 PYONGYANG, North Korea North Korea announced Saturday that an American detained for nearly six months is being tried in the Supreme Court on charges of plotting to overthrow the government, a crime that could draw the death penalty if he is convicted.

The case involving Kenneth Bae, who has been in North Korean custody since early November, further complicates already fraught relations between Pyongyang and Washington following weeks of heightened rhetoric and tensions.

The trial mirrors a similar situation in 2009, when the U.S. and North Korea were locked in a standoff over Pyongyang's decision to launch a long-range rocket and conduct an underground nuclear test. At the time, North Korea had custody of two American journalists, whose eventual release after being sentenced to 12 years of hard labor paved the way for diplomacy following months of tensions.

The exact nature of his alleged crimes has not been revealed, but North Korea accuses Bae, described as a tour operator, of seeking to overthrow North Korea's leadership.

"In the process of investigation he admitted that he committed crimes aimed to topple the DPRK with hostility toward it," the state-run Korean Central News Agency said Saturday. "His crimes were proved by evidence. He will soon be taken to the Supreme Court of the DPRK to face judgment."

DPRK is the acronym for North Korea's official name, the Democratic People's Republic of Korea. No timing for the verdict issued at the austere Supreme Court in Pyongyang was given.

U.S. State Department spokeswoman Jen Psaki said in a statement to CBS News and other news outlets that the U.S. government is "aware of reports that a U.S. citizen will face trial in North Korea" and that officials from the Swedish Embassy in Pyongyang had visited Bae on Friday. She said she had no other information to share.

Because Washington and Pyongyang do not have diplomatic relations, the Swedish Embassy in North Korea represents the United States in legal proceedings.

Friends and colleagues described Bae as a devout Christian from Washington state but based in the Chinese border city of Dalian who traveled frequently to North Korea to feed the country's orphans.

At least three other Americans detained in recent years also have been devout Christians. While North Korea's constitution guarantees freedom of religion, in practice only sanctioned services are tolerated by the regime.

Under North Korea's criminal code, crimes against the state can draw life imprisonment or the death sentence.

In 2009, American journalists Laura Ling and Euna Lee were sentenced to hard labor for trespassing and unspecified hostile acts after being arrested near the border with China and held for four months.

They were freed later that year to former President Bill Clinton, who flew to Pyongyang to negotiate their release in a visit that then-leader Kim Jong Il treated as a diplomatic coup.

Including Ling and Lee, Bae is at least the sixth American detained in North Korea since 2009. The others eventually were deported or released.

"For North Korea, Bae is a bargaining chip in dealing with the U.S.," said Koh Yu-hwan, a professor of North Korean Studies at Dongguk University in Seoul, South Korea. "The North will use him in a way that helps bring the U.S. to talks when the mood slowly turns toward dialogue."

As in 2009, Pyongyang is locked in a standoff with the Obama administration over North Korea's drive to build nuclear weapons.

Washington has led the campaign to punish Pyongyang for launching a long-range rocket in December and carrying out a nuclear test, its third, in February.

North Korea claims the need to build atomic weapons to defend itself against the United States, which has 28,500 troops in South Korea and over the past two months has been holding joint military drills with South Korea that have included nuclear-capable stealth bombers and fighter jets.

Diplomats from China, South Korea, the U.S., Japan and Russia have been conferring in recent weeks to try to bring down the rhetoric and find a way to rein in Pyongyang before a miscalculation in the region sparks real warfare.

South Korean defense officials said earlier in the month that North Korea had moved a medium-range missile designed to strike U.S. territory to its east coast.

The Korean Peninsula remains in a technical state of war because the three-year Korean conflict ended in a truce, not a peace treaty, in 1953.