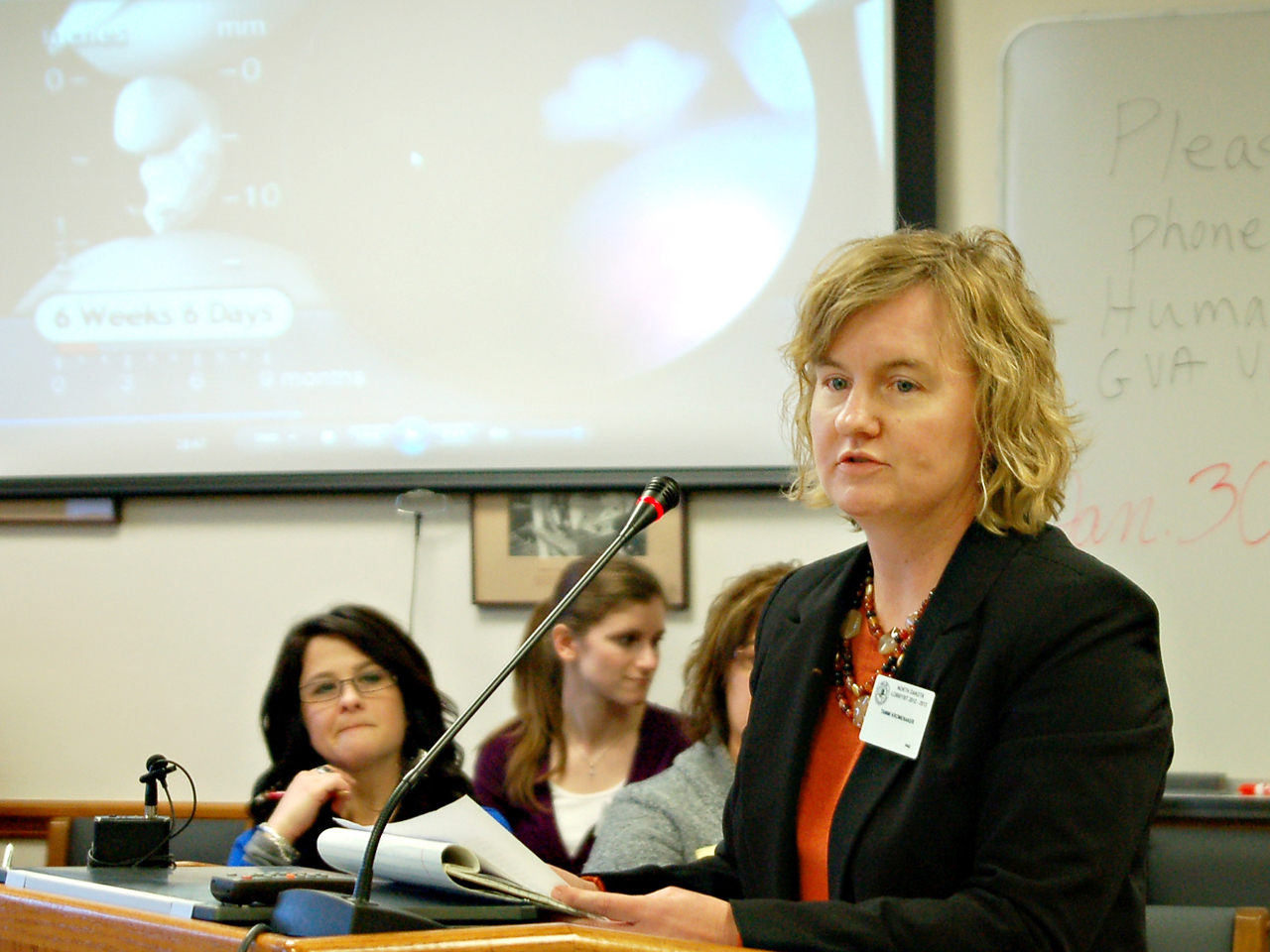 BISMARCK, N.D. The North Dakota Senate on Friday approved banning abortions as early as six weeks into a pregnancy, sending what would be the most stringent abortion restrictions in the U.S. to the state's Republican governor for his signature.

The measure would ban most abortions if a fetal heartbeat can be detected, something that can happen as early as six weeks into a pregnancy. The House already approved the measure. Gov. Jack Dalrymple generally opposes abortion but has not said whether he will sign the bill into law.

It's one of several anti-abortion measures the state Legislature has weighed this session. The vote came with almost no debate in the Senate and after the same chamber approved another measure that would make North Dakota the first to ban abortions based on genetic defects such as Down syndrome.

That measure would also ban abortion based on gender selection. The Guttmacher Institute, which tracks abortion laws throughout the country, says Pennsylvania, Arizona and Oklahoma already have such laws.

Some supporters of the so-called fetal heartbeat measure have said they hope to send a message that North Dakota is anti-abortion and aims to challenge the U.S. Supreme Court's 1973 Roe v. Wade ruling that legalized abortion up until a fetus is considered viable, usually at 22 to 24 weeks.

Abortion-rights advocates say the state should expect a costly legal fight if the bill becomes law.

Arkansas passed a 12-week ban earlier this month that prohibits most abortions when a fetal heartbeat can be detected using an abdominal ultrasound. That ban is scheduled to take effect 90 days after the Arkansas Legislature adjourns.

A fetal heartbeat can generally be detected earlier in a pregnancy using a vaginal ultrasound, but Arkansas lawmakers balked at requiring women seeking abortions to have the more invasive imaging technique.

North Dakota's measure doesn't specify how a fetal heartbeat would be detected. Doctors performing an abortion after a heartbeat is detected could face a felony charge punishable by up to five years in prison and a $5,000 fine. Women having an abortion would not face charges.

A spokeswoman for the Guttmacher Institute, which tracks abortion laws across the country, said North Dakota's measures are the latest in a "tidal wave of abortion restrictions" in the U.S.

"We have seen efforts to ban abortion entirely and those attempts have failed," spokeswoman Elizabeth Nash said. "Now they're moving toward banning abortions as early as possible."

Abortion-rights advocates say the anti-abortion measures in the North Dakota Legislature are attempt to close the state's sole abortion clinic, in Fargo. They also say the so-called fetal heartbeat bill is a direct challenge to Roe v. Wade, and its supporters should expect a costly legal fight if it becomes law.

Republican Rep. Bette Grande, an ardent opponent of abortion from Fargo who introduced the fetal heartbeat bill, said fears about potential litigation should not prevent lawmakers from approving the measure.

"Whether this is challenged in court is entirely up to the abortion industry," Grande told lawmakers this week. "Given the lucrative nature of abortion, it is likely that any statute that reduces the number of customers will be challenged by the industry."