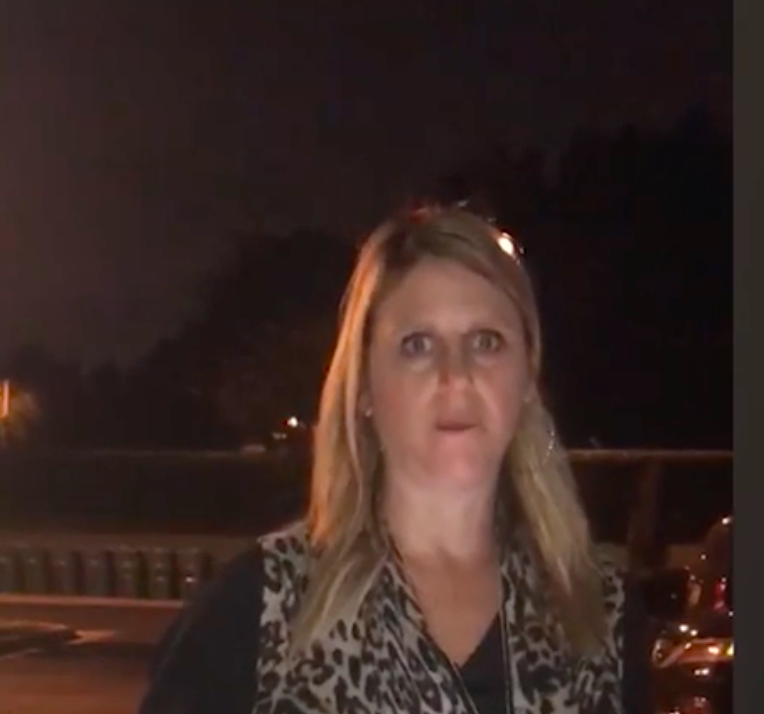 A white woman in North Carolina was fired from her telecommunications job and could face criminal charges after a viral video showed her harassing two black women in a parking lot.

Videos shared on Facebook last week show Susan Westwood, 51, confronting sisters Leisa and Mary Garris, who were waiting for AAA outside an apartment complex in Charlotte. In the clips, Westwood demands to know where the women live, asks about their "baby daddy" and threatens to take out a concealed weapon.

Westwood, who appears to be inebriated and sometimes slurs her words, keeps asking the women why they are in the parking lot. "What's going on here in this parking lot that you feel that you need to congregate?" she asks. Westwood says she lives in the apartment complex in the SouthPark neighborhood, as do the sisters.

Westwood repeatedly brags about her $125,000 salary, saying at one point, "I'm white and I make $125,000 a year and I want to make sure that you're all up in here." She also curses at the sisters as they ask her to leave them alone.

After the sisters walk away and one says she will call 911, Westwood yells to them, "Do I need to bring out my concealed weapon, too?"

The incident happened October 19. After one of the sisters posted the footage on Facebook Friday, Westwood's employer, Spectrum Enterprises, which is owned by Charter Communications, said she was fired.

"The incident recorded in Charlotte is a blatant violation of Charter's code of conduct and clearly disregards the company's commitment to inclusion and respectful behavior," the company said in a statement. "As such, Ms. Westwood's employment with the company has been terminated, effective immediately."

The Mecklenburg County Sheriff's Office shows that four criminal summons have been issued for Westwood — two counts of communicating threats and two counts of simple assault. Court records show that Westwood in 2008 faced a misdemeanor charge for being "intoxicated and disruptive." She also pleaded guilty to a traffic offense in Rhode Island in 2002.