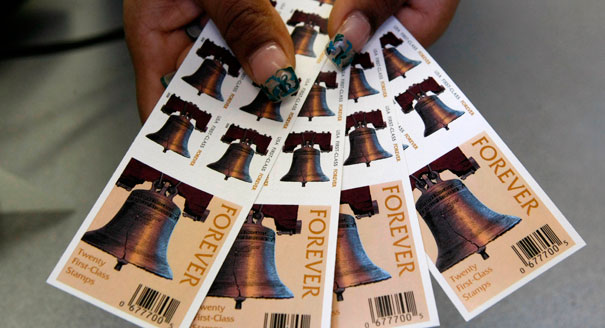 The 40-year-old Greensboro, N.C., man was sentenced Thursday to two years in prison for bank fraud after writing more than $58,000 in bad checks -- to pay for postage stamps.

Documents filed in federal court in Norfolk, Va. say Moore opened a checking account in March and deposited about $5,000 before visiting several post offices in Virginia and North Carolina to stockpile stamps. He also spent about $5,000 at office supply and clothing stores.

The Virginian-Pilot reports that defense attorney Suzanne Katchmar wrote in court papers that her client, Moore, was abused as a child, loves to cook and hopes to someday operate a food truck. But she said nothing about his interest in stamps.

Which would appear to be cancelled.