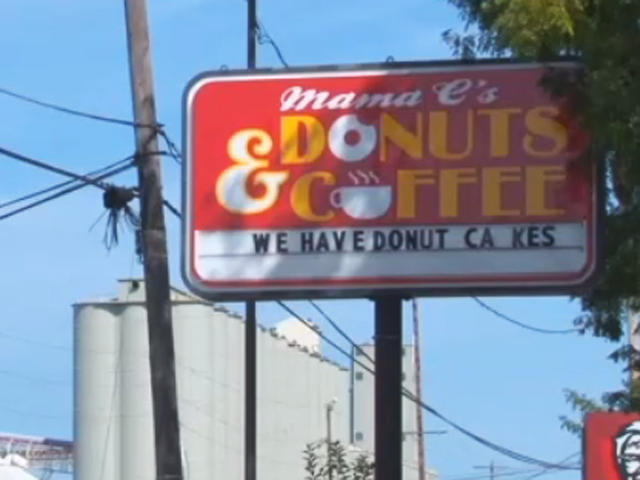 MAUMEE, OH -- Almost 200 people were sickened by a norovirus outbreak that was traced to a local restaurant, and that number continues to climb, reports CBS Toledo affiliate WTOL.

Health commissioner Eric Zgodinski said the number of people affected is 190, and said officials are now concerned about secondary infections.

The Toledo Blade put the number at 214.

The Toledo-Lucas County Health Department said the outbreak is tied to Mama C's Donuts, in Maumee.

The health department tested specimens from the restaurant, three of which came back positive for norovirus.

Kelly Walkup, a Maumee resident and mother of four, said she was shocked to hear about the outbreak.

"I was a little surprised, and kind of scared because we had just gone to eat donuts there the day before the news came out that the virus had hit. No one got sick, so we were pretty surprised," Walkup said.

All those affected by the virus had eaten at the restaurant from August 4 to August 7.

The restaurant voluntarily closed for cleaning on August 8.

Owners of the restaurant, Dar and Yann Chao, said they are working with the health department to determine the cause.

The couple has owned Mama C's for 14 years and says their customers are a part of their family.

The health department said people typically become sick 24 to 48 hours after exposure to the virus, with symptoms lasting one to two days.

However, people who had the virus can spread it up to two weeks after the symptoms dissipate.

Norovirus is spread through contact with infected individuals or through contaminated food prepared by a person who currently or was recently ill.

The health department said norovirus is common this time of year, and those affected should refrain from handling and working with food for at least three days after their symptoms go away.

Walkup said she wouldn't hold it against Mama C's if she or her children were to get sick.

"People are pretty quick to shame them, but it can happen anywhere. I mean, I clean, but my goodness, my house could be carrying a virus for all I know with the people coming in and out, touching things. I think it's super unfortunate. We are definitely going to give them a second chance," Walkup said.

Zgodinski said he expects the restaurant to be closed for at least a few more days.

He says this incident is an unfortunate reminder that it is the beginning of virus season, and to always remember to wash your hands and clean hard surfaces.