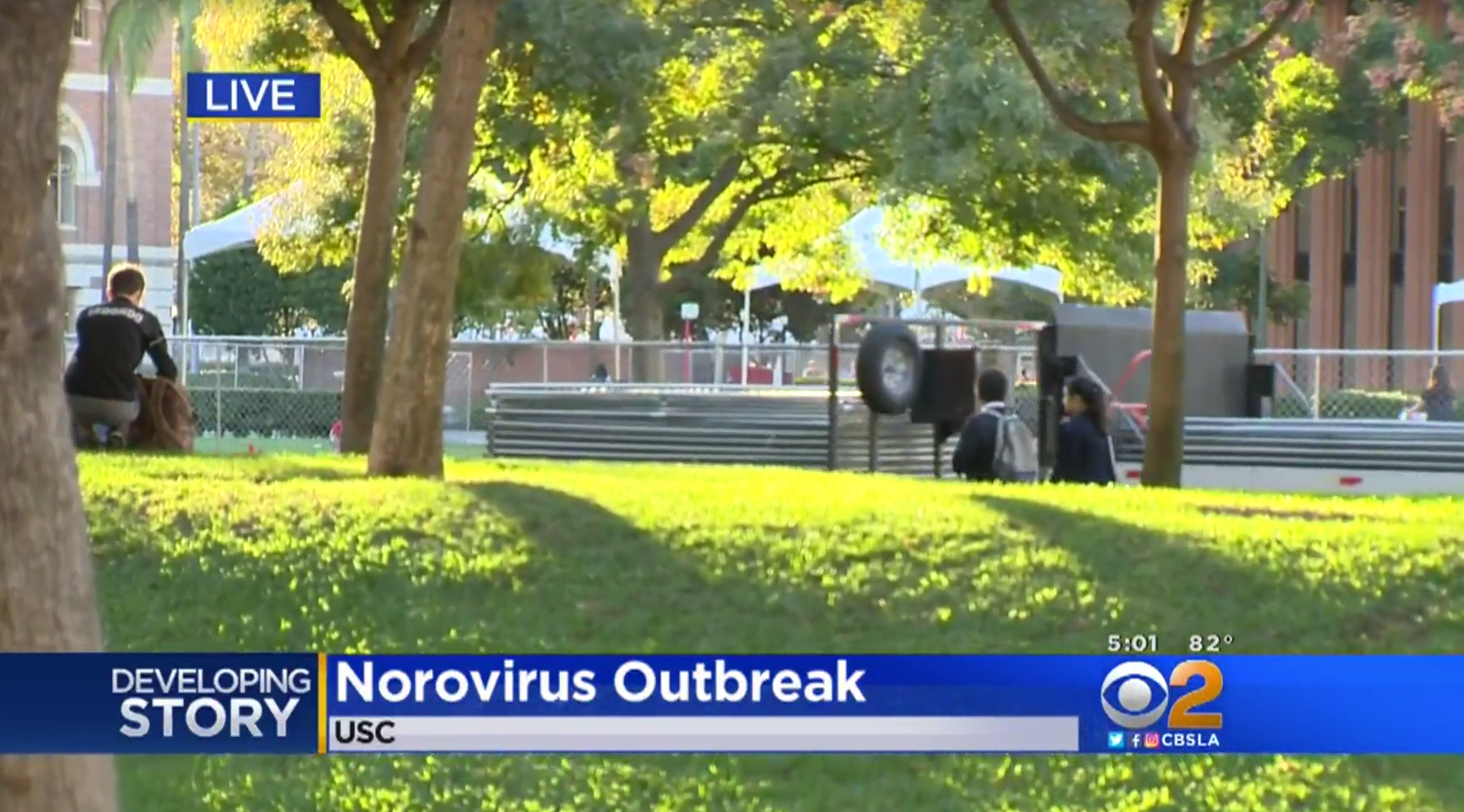 So far, there are about 100 cases, the university announced Thursday.

“I know that one week we had 40 come in. It was the first week that it started. I think it started in a couple of the dormitories and spreads like wildfire. They’ve got to learn to wash their hands,” an empolyee at the USC Engemann Student Health Center said.

But the health center said there are fewer cases now after the university stepped up sanitation efforts and staff training.

Officials noted that students appeared to be following guidelines to prevent the spread of the virus, and the university undertook “an intensified cleaning of our residence halls and dining venues and staff training on additional precautionary measures.”

“They’re taking a lot of precaution. The people at the front desk making us use hand sanitizer. They change all the dining halls. We can’t serve ourselves any more,” one student said.

In an advisory sent to students on Oct. 27, officials at the Engemann Student Health Center reported an “increased number” of cases among students living in residence halls.

The illness can easily spread from person to person. Symptoms include nausea, vomiting, diarrhea, cramps, fever, muscle aches and fatigue. They should go away within 48 hours.

Students are advised to wash their hands often, especially after using the restroom; rinse fruits and vegetables, especially lettuce. They should also use a chlorine bleach solution to clean potentially infected surfaces such as computer keyboards or phones; wash and dry affected clothing; and avoiding contact or sharing food with those infected.

Students who are sick are urged to avoid going to class until they have been cleared of any symptoms for at least 24 hours.