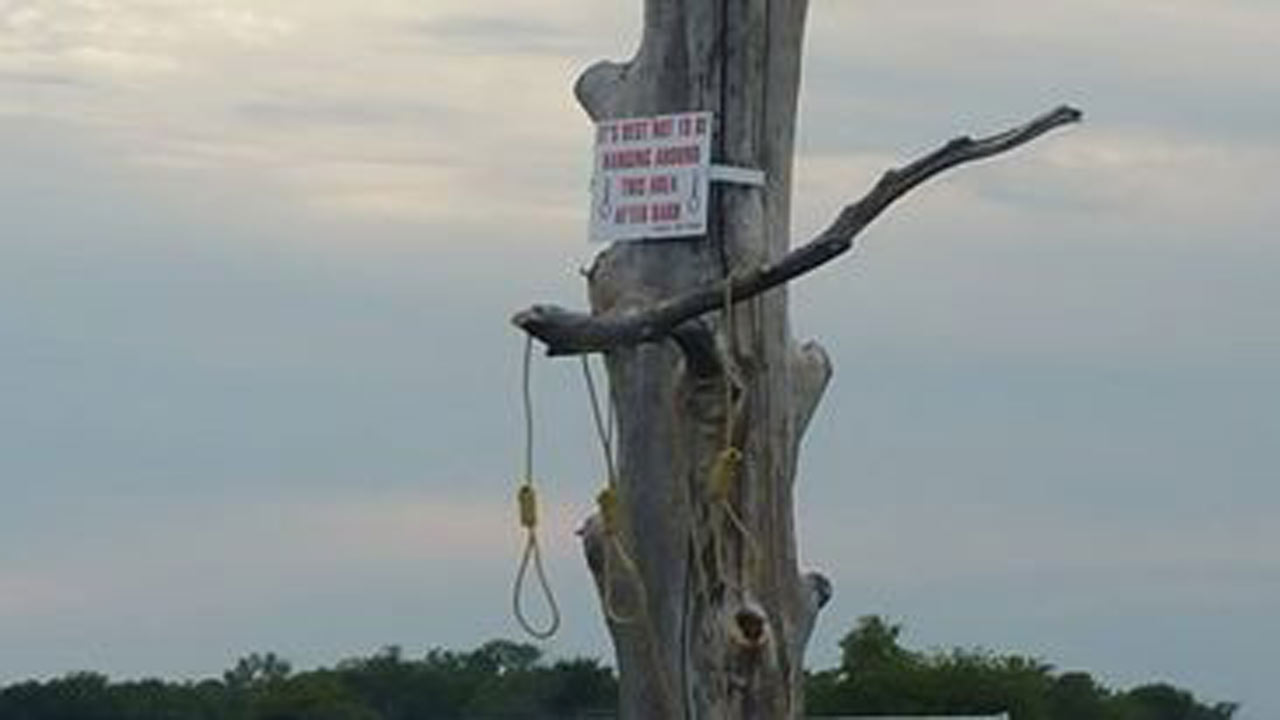 MOUNDS, Okla. - A display of nooses shocked motorists along an Oklahoma highway.

CBS Tulsa affiliate KOTV reports the display was up for only a short time, and had been placed there because the homeowner was trying to deter thieves.

The nooses were hung in a tree with a sign that read: "It's best not to be hanging around this area after dark."

Okmulgee County Sheriff Eddy Rice told KOTV the homeowner removed the signs voluntarily after a day or so because of the negative attention on social media and possible danger of people stopping on the highway to look at it. Rice said the display was not illegal.

KJRH-TV reports that the owner of the display, Merle Martindale, says it was not meant to be racist, just merely a warning to any potential thief.

But driver Terrance Reed Sr. says a noose in America represents what used to happen to African Americans. Reed says he considers the display to be an attack on his heritage.