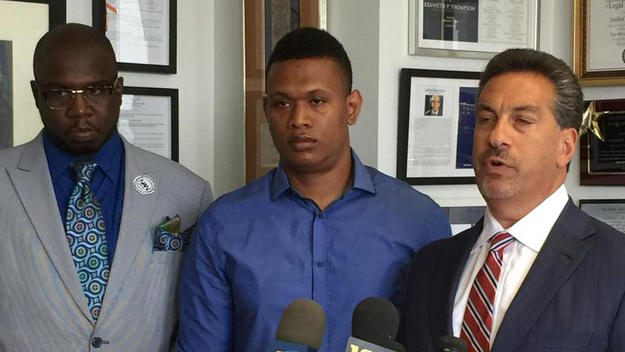 NEW YORK — A man who doesn't drink but was arrested on an impaired driving charge has settled his lawsuit against New York City for nearly $1 million.

According to the Daily News, Oliver Wiggins says he was charged in a cover-up after an officer ran a Brooklyn stop sign and hit his car in 2015.

"It is our position that the police officers attempted to do that simply to hide the fact and cover up the fact that they operated their vehicle in a reckless manor," lawyer Scott Rynecki told CBS New York at the time.

Wiggins says he had his driver's license suspended and his insurance company wouldn't cover car repairs because of the arrest. He also reportedly injured his arm.

The New York Police Department referred a comment request to the New York City Law Department, which says settling the case was in the city's best interest.

According to the Daily News, the officers involved in the case have not been charged with any wrongdoing and are still employed by the department.