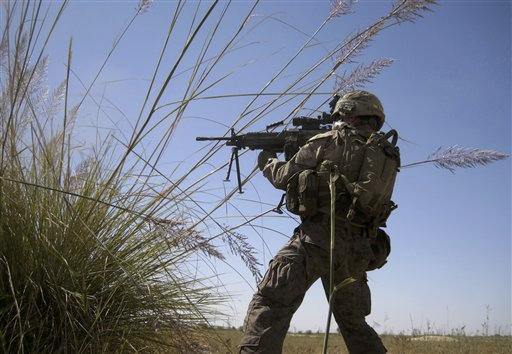 "They are inching forward and I'm asking them to leap forward," said ElBaradei, who shares the coveted award with the International Atomic Energy Agency he leads.

He said he hopes outstanding nuclear issues with the country will be clarified by the time he presents his next report on Iran in March, because "the international community is losing patience with the nature of that program."

"The ball is in Iran's court. It is up to Iran to show the kind of transparency they need to show," ElBaradei told reporters in Oslo.

He encouraged European negotiators to continue talks with Iran.

"The parties need to sit together, discuss their grievances and reach a solution," he said. "If we can do that without escalating the problem, all the much better."

No date has been set to resume the talks with Britain, France and Germany, which broke off in August after Tehran restarted uranium conversion, a precursor to enrichment.

The IAEA and much of the world community have been pushing Iran's religious leaders to allow closer inspection of the nuclear program that Tehran claims is intended only for energy.

ElBaradei and the IAEA are to receive the Nobel Prize at an award ceremony on Saturday.

The Nobel committee cited ElBaradei and the IAEA for their drive to curb the spread of nuclear weapons amid concerns about nuclear programs in Iran and North Korea as well as terrorists groups' desire for atomic weapons.

The 63-year-old Egyptian dismissed notions that the IAEA has been too lenient with Iran.

"I'm not sure we are showing restraint, I think we are doing a full court press, if you like, on Iran," ElBaradei said.

"As long as we are moving forward, as long as we haven't seen an imminent threat, a smoking gun, I don't see what other alternatives we have, frankly. ... I think the best alternative today is inspections, to be on the ground ... and unearth the facts," ElBaradei said.

He also said turning the matter over to the U.N. Security Council, which can impose sanctions on the country, was not an immediate answer.

"Let us not think we should jump the gun, and use enforcement," ElBaradei said. "You still have to go back to the negotiating table afterward."

The laureate said there is no reason to suspect that Iran already has nuclear weapons, and urged the eight or nine countries that already do have atomic warheads to reconsider their policies.

"If you really want to stop the spread of nuclear weapons, the nations that have them should lead the way," ElBaradei said.

He also warned that the world must act quickly to prevent nuclear terrorism, with increasingly sophisticated groups seeking such weapons of mass destruction.

"We have been shocked ... and are now in the race against time," ElBaradei said. "I know it is a major danger."

The Nobel peace program for ElBaradei and the IAEA includes an audience with Norway's King Harald V just before the awards ceremony Saturday. That is followed by a torch light parade in their honor and an evening banquet, with a concert on Sunday.

The Nobel prizes are always presented in Oslo and Stockholm on Dec. 10, the date their creator, Swedish industrialist Alfred Nobel, died in 1896.