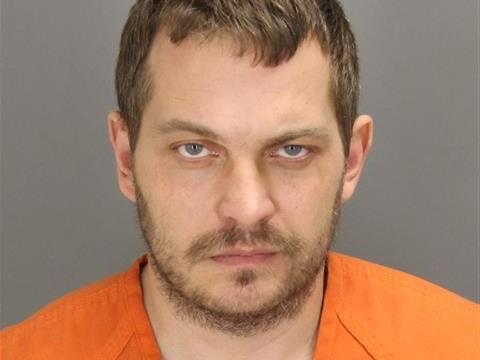 COMMERCE TWP., Mich. -- Police in Michigan allege a former Quicken Loans executive killed his wife and then stabbed himself in their Commerce Township home while the couple’s three young children were upstairs.

CBS Detroit reports deputies responded to a 911 call Monday from one of the children, who said their father was getting a knife. Deputies found 36-year-old Noah Ravenscroft covered in blood and his wife, 38-year-old Kristy Ravenscroft, dead on the living room floor. The man opened the door to deputies and allegedly told them his wife was dead,reported the Detroit Free Press.

The woman had reportedly been stabbed multiple times and a kitchen knife believed to be the murder weapon was taken into evidence.

Noah Ravenscroft was charged Wednesday with first-degree murder, the Oakland County Prosecutor’s Office confirmed to Crimesider. Oakland County Sheriff’s officials told CBS Detroit he was treated at a hospital for apparently self-inflicted stab wounds before being booked at the Oakland County Jail.

In a tweet, Oakland County Sheriff Mike Bouchard called the case “tragic.” A spokesperson for Quicken Loans told the station Noah Ravenscroft resigned his post as senior vice president in mid-December after more than 10 years with the company.

Noah Ravenscroft was ordered held without bond Wednesday and a judge warned him not to be in contact with his children, or with his wife’s family.

Police have not discussed a possible motive for the killing.