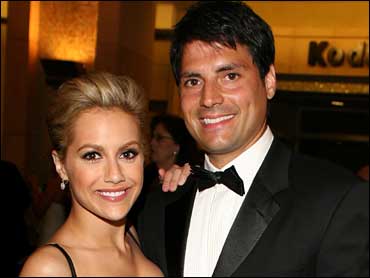 A rep for actress Brittany Murphy confirms that she and her fiancé, Joe Macaluso, have split.

"Brittany Murphy and Joe Macaluso have amicably ended their engagement," Murphy's publicist, Nicole Perna, told The ShowBuzz in a statement. "They remain close friends and wish each other much happiness."

Murphy, 28, and Macaluso, who works in film production, got engaged over Christmas of 2005. Macaluso worked as a best boy on Murphy's 2004 comedy "Little Black Book."

The actress, who will star in the thriller "The Dead Girl" next year, attended the Teen Choice awards Aug. 19 without her husband-to-be. She reportedly wasn't wearing her engagement ring at the event.