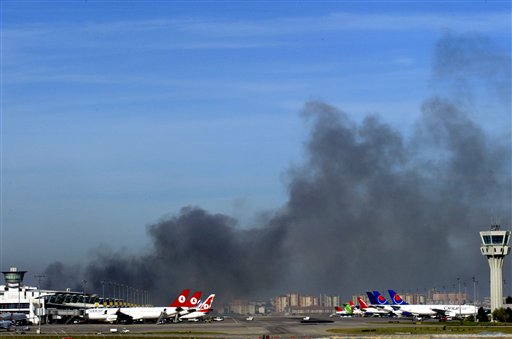 The decision clears Detective Anthony Vasquez, who fired the fatal shot into Dorismond's chest, of any criminal wrongdoing in the death that inflamed racial tensions and raised political problems for Mayor Rudolph Giuliani.

District Attorney Robert Morgenthau announced the grand jury finding at a Manhattan news conference, reviewing the events that led up to the shooting.

"What the grand jury found is that on the basis of the evidence, nobody could be charged with a crime," Morgenthau said.

Dorismond, a 26-year-old security guard, was fatally wounded on March 16. The fight began after the undercover officer asked where he could purchase marijuana as part of an undercover drug sweep in the neighborhood north of Madison Square Garden.

The case assumed added significance when Giuliani, then still running for U.S. Senate, set off a furor by publicly releasing Dorismond's sealed juvenile criminal record. The mayor also publicized a toxicology report showing Dorismond had marijuana in his system when he died.

Giuliani's decision to go public with the records infuriated the dead man's family, black activists and the city's Haitian community. That community was stunned three years earlier by a police officer's assault on Abner Louima, who was sodomized in an NYPD precinct bathroom.

Giuliani later pledged to meet and reconcile with the Dorismond family, which is represented by prominent lawyer Johnny Cochran Jr. and has filed a $100 million civil claim against the city.

The family insisted on having a lawyer present, and no meeting has occurred.

Officer Vasquez issued a statement after the death in which he told the Dorismonds: "As a father and a son, I can only imagine the depth of your grief. Our prayers are wit you."

At the March 25 funeral for Dorismond, a security guard and the son of Haitian singer Andre Dorismond, dozens were hurt or arrested in clashes between protesters and cops.

At least 3,000 people escorted Dorismond's body from a fineral home to a church, the procession of angry protesters and sobbing mourners clogging the streets. Protesters burned American flags and shouted slogans denouncing Giuliani and the police. Violence erupted when cops entered the crowd and were met with thrown bottles and bricks.

Twenty-seven people were arrested and 23 officers injured in the free-for-all.

According to Vasquez and his partner, the incident began when Dorismond threw a punch at the second officer during a confrontation outside a bar on Eighth Avenue. Dorismond and a friend, Kevin Kaiser, then allegedly attacked the officer.

Vasquez said that as he came to his partner's aid, he heard one of the two men scuffling with the officer saying, "Get his gun!" Vasquez claimed that he shouted "Police! Police!" before pulling his weapon.

When Dorismond grabbed at the gun, it went off and struck him in the chest with a single bullet, the officer claimed.

The 22-year-old Kaiser, in a news conference held five days after the shooting, insisted that the officers threw the first punch and Dorismond was only defending himself. Kaiser also alleged that neither cop identified himself as a police officer.

The officers were working the neighborhood trying to bust drug dealers when the shooting occurred.

The shooting came on the heals of the acquittal of four New York City police officers in the February 1999 shooting of Amadou Diallo. A street vendor not wanted for any crime and not armed, Diallo was killed when hit by 19 of 41 bullets fired at him as he stood in the vestibule of his apartment.

The officers claimed they thought Diallo was drawing a gun when he reached for his wallet.