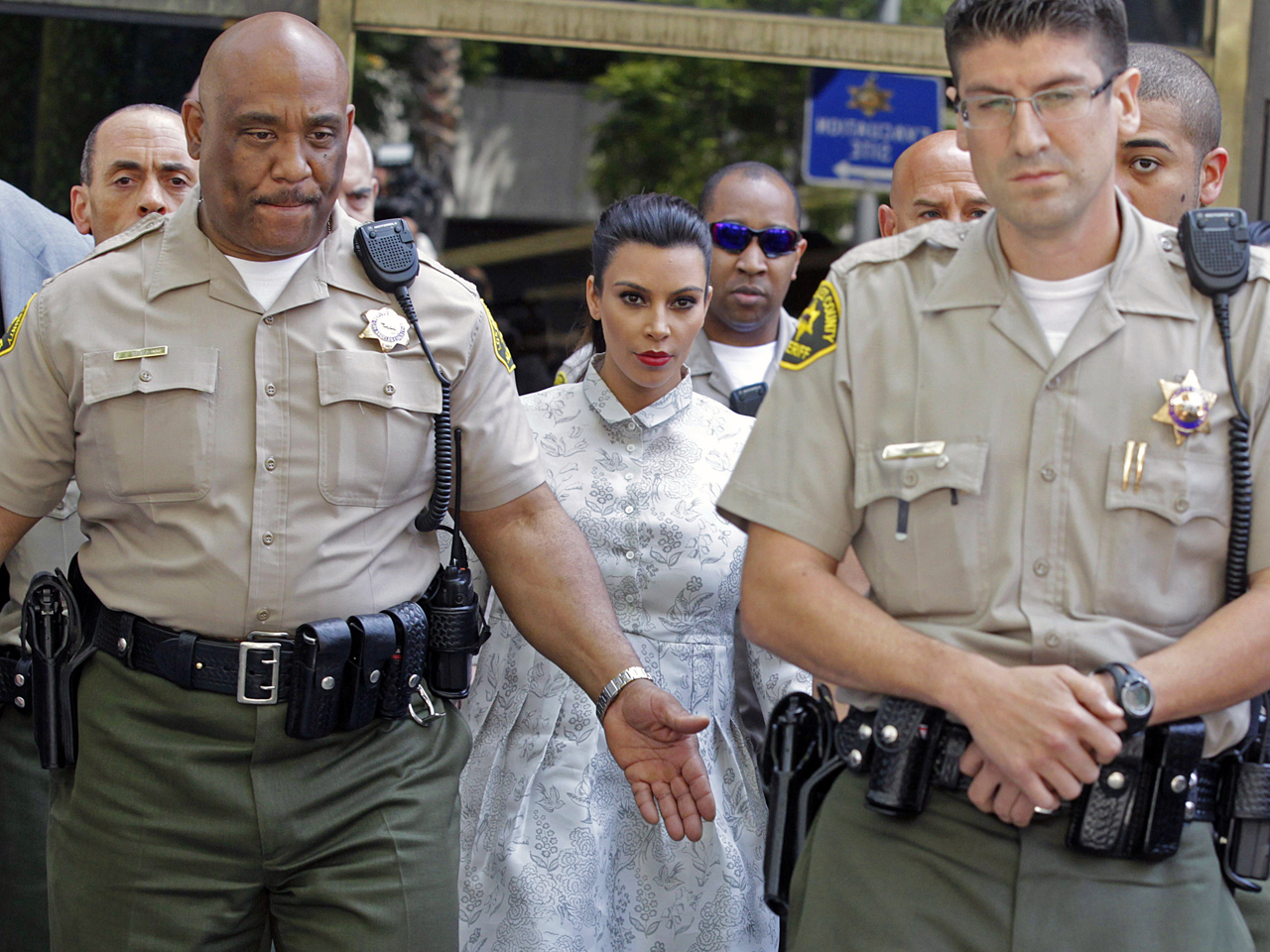 Kim Kardashian left a Los Angeles courthouse on Friday without reaching a settlement in her divorce case from NBA basketball player Kris Humphries.

Humphries' attorneys declined to comment on settlement discussions Friday but say a May 6 trial date remains.

A judge sealed settlement discussions, but any agreement would have been put on the record after the hearing.

Kardashian, 32, appeared in court and was flanked by deputies as she left the courthouse shortly around noon. Humphries, a power forward for the Brooklyn Nets, did not attend the hearing. TMZ reports that the 28-year-old was still in New York at 1 a.m. on Friday, and the judge was reportedly not pleased that he missed the hearing.

The "Keeping Up with the Kardashians" star wants a divorce to end her 72-day marriage to Humphries, but the basketball player wants it annulled. He claims the marriage was based on fraud, but he would have to approve the allegation in a trial.

Kourtney Kardashian and Khloe Kardashian are not on their sister's proposed witness list, but their mother, Kris Jenner, will likely testify about the pair's relationship. Humphries has not yet filed his witness list for the trial, which is expected to last a week.