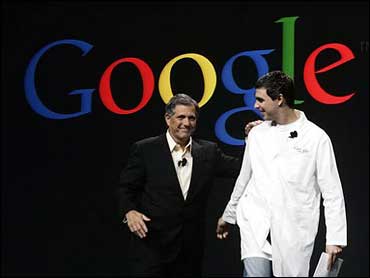 Teemu Selanne increased his league-leading goal total to 41 with his second consecutive two-goal game and also had an assist as the Anaheim Mighty Ducks beat the New York Rangers 3-2 Wednesday night.

Steve Rucchin scored his ninth goal for the Ducks, who are 5-2-1 against the Rangers in their five years of existence and 4-0 on home ice. The Ottawa Senators are the only other team that has never won at Anaheim Arena (0-3-1).

Guy Hebert surrendered goals by Adam Graves and Kevin Stevens, but stopped 41 other shots after making a career-high and club-record 47 saves in Sunday's 4-3 overtime victory over Chicago. It was the fifth straight game in which Hebert had faced 40 or more shots.

Paul Kariya, whose mild concussion in that game against Chicago resulted in a four-game suspension to Gary Suter of the Blackhawks, did not play against the Rangers and remained day-to-day. It was the first game Kariya has missed since ending his 32-game holdout on Dec. 12.

Selanne, who got a hat trick against the Rangers without Kariya's help in a 3-3 tie at Madison Square Garden on Oct. 26, reached the 40-goal mark for the third consecutive season with 1:31 left in the first period. The goal gave Anaheim a 2-1 lead and marked the 20th time one of Selanne's goals put Anaheim ahead this season.

David Karpa's one-timer from the right point glanced off the stick of teammate Ted Drury to the left of the crease, where Selanne swatted it past rookie goaltender Dan Cloutier.

Selanne, who has eight goals and nine assists in his last seven games, made it 3-1 at 9:47 of the second period with his second goal of the night and 10th in nine career games against the Rangers.

He slipped the puck between Cloutier's pads from the edge of the crease after rookie Matt Cullen knocked down a clearing pass in the Rangers' zone by defenseman Jeff Finley. A minute later, Selanne nearly had his second hat trick in two games against New York this season. But Cloutier denied the All-Star MVP with his glove on a breakaway.

The Rangers, who have won only once in their last seven games, trimmed Anaheim's margin to 3-2 on Stevens' 12th goal at 13:17 of the second. Wayne Gretzky started the play with a long headman pass to Niklas Sundstrom, who sent Stevens into the Ducks' zone. Stevens got a step on Dan Trebil and beat Hebert to the stick side.

Rucchin opened the scoring at 5:40 of the first period with his ninth goal, beating Cloutier high to the stick side through a screen after getting a drop pass from Joe Sacco at the top of the right circle.

Defenseman Ruslan Salei also was missing from the Anaheim lineup after getting a two-game suspension from the league on Wednesday for head-butting Chicago's Sergei Krivokrasov on Sunday. After the announcement, Salei was given permission by the Ducks to start his Olympic break early so he could fly to Japan and play for Belarus in the preliminary round.