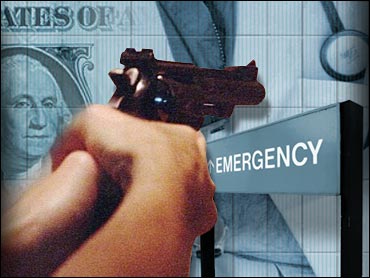 The review was conducted by a task force of scientists appointed by the Centers for Disease Control and Prevention.

The CDC said the report suggests more study is needed, not that gun laws don't work. But the agency said it has no plans to spend more money on firearms study.

Some conservatives have said that the CDC should limit itself to studying diseases, and some have complained in the past that the agency has used firearms-tracking data to subtly push gun control. In fact, since a 1996 fight in Congress, the CDC has been prohibited from using funds to press for gun control laws.

Since then, the task force reviewed 51 published studies about the effectiveness of eight types of gun-control laws. The laws included bans on specific firearms or ammunition, measures barring felons from buying guns, and mandatory waiting periods and firearm registration. None of the studies were done by the federal government.

In every case, a CDC task force found "insufficient evidence to determine effectiveness."

"I would not want to speculate on how different groups may interpret this report," said Dr. Sue Binder, Director of CDC's Center for Injury Prevention and Control. "It's simply a review of the literature."

Most of the studies were not funded by the CDC. Gun-control advocates quickly called on the government to fund better research.

A spokesman for the Brady Campaign to Prevent Gun Violence said the laws work, but it is nearly impossible to prove it because people can buy guns in one state and carry them into one of the handful of states with strong antigun measures.

The National Rifle Association said it needed more time to review the report before commenting on it.

Firearms injuries were the second leading cause of injury deaths, killing 28,663 people in 2000, the most recent year for which data was available. About 58 percent of the deaths were suicides. Gun accidents claimed about 775 lives that year.

About the only conclusion the task force could draw from the surveys was that mandatory waiting periods reduced gun suicides in people over 55. But even that reduction was not big enough to significantly affect gun suicides for the overall population.

The task force complained that many of the studies were inconsistent, too narrow, or poorly done.

"When we say we don't know the effect of a law, we don't mean it has no effect. We mean we don't know," said Dr. Jonathan Fielding, chairman of the CDC task force. "We are calling for additional high-quality studies."