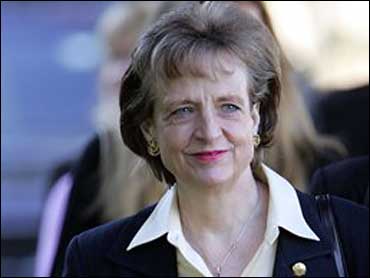 This column was written by Stephen Gillers.

The nomination of Harriet Miers to the Supreme Court gives the Senate Judiciary Committee a chance to redeem itself after conducting a Potemkin village version of advise and consent in its hearings on the nomination of John Roberts to be Chief Justice.

In the Roberts hearings the committee timidly accepted vague answers that told it little about the nominee's views on constitutional questions, and it deferred without a whimper to the White House claim of privilege for memorandums Roberts had written as deputy solicitor general. Those memos would have provided the best evidence of Roberts's views, because they were relatively recent and because as deputy he was instrumental in fashioning the government's position before the Supreme Court. After this disappointment we can be excused for wondering if the committee envisions its role as anything more than to weed out the occasional G. Harrold Carswell or Robert Bork. Such passivity is no longer tolerable. It's a different Court today with a different docket.

Now comes the Miers nomination and a new chance for the senators on the committee to do their constitutional duty. The best evidence of Miers's views on the federal statutory and constitutional issues likely to come before the Supreme Court resides in her advice to the Administration these past five years. Roberts at least had something of a paper trail beyond his memos in the Solicitor General's office. Miers has no trail apart from her job in the White House. The White House has signaled its intention not to disclose her advice, citing executive and attorney-client privilege. Judiciary Committee chair Arlen Specter seems to agree. If that view prevails the hearings will be a seminar on constitutional law, with the nominee merely needing to prove she can pass, as she undoubtedly will. Constitutional law is not all that hard.

While it is difficult to judge the validity of any privilege claim without more information, probably most and possibly all of what Miers told Administration officials is in fact privileged under one theory or another. So what? The fact that information is privileged does not make disclosing it illegal. Privileges are waived every day, because clients conclude that it is in their interest to do so. This can happen, for example, if a company decides to reveal communications with its lawyers in order to persuade regulators that it has not misbehaved or that it has put its house in order.

Waiver does carry two risks for the White House. Waiving the privilege for one purpose can lead to loss of it elsewhere. So the President may fear that if he shares specific advice from Miers, the government will lose its claim of privilege if others want to use the same information in court. Second, premature disclosure of advice may compromise domestic or foreign policies currently under discussion but not yet implemented. However, neither risk justifies categorical refusal to waive privilege for all of Miers's advice since January 2001. Surely she has done much in five years at the White House that can be shared with no danger to the government.

At the very least, the senators must demand all of Miers's advice to the Administration. If the White House wants to withhold particular items, the committee should require it to justify its position. If the Administration stonewalls, the senators must stare it down, not buckle. It is an insult to the Senate and the nation for Bush to say that Miers is the best possible choice for the Court, or even a worthy one, and then cavalierly block discovery of the very information that supposedly supports this claim. This is not a partisan issue. It's about the Senate's institutional integrity — indeed, its constitutional relevance. Regardless of who is President and who the nominee, the question is whether the Senate will demand the respect to which the Constitution entitles it or choose instead to stage the confirmation equivalent of a show trial, where everyone gets a chance to look tough and smart for the cameras but the verdict is scripted in advance.
By Stephen Gillers.
Reprinted with permission from the The Nation