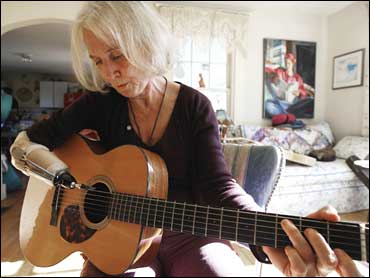 (AP Photo/Toby Talbot)
The sky will not fall upon the pharmaceutical industry in the wake of the Supreme Court's important preemption ruling this morning. In a 6-3 vote, the Justices declared that drug giant Wyeth could not hide behind the Food and Drug Administration to protect itself from a jury's finding that its negligent labeling caused horrible injury to a Vermont woman named Diana Levine.

The Court's majority noted that Wyeth had an opportunity to fix its label but chose not to do so and that Congress never intended to block state-court lawsuits (like the one Levine brought) when it established the FDA and authorized its labeling regulations. In so doing, it deferred to the jury's conclusion that Wyeth's drug Phenargen was a "defective product" as a result of its inadequate label warnings—a defective product that directly caused grave injury to an innocent consumer.

The dissenters, led by Justice Samuel A. Alito, Jr., warned that the ruling flipped existing law on its head by making "a state tort jury, rather than the FDA, is ultimately responsible for regulating warning labels for prescription drugs." The "tort jury" (as Justice Alito pejoratively called it) should not have been allowed to "countermand" the FDA's "considered judgment" that the warning labels on Phenargen "rendered" its "use safe." I guess it all depends upon what your definition of "safe" is.

In the short term, it's likely that the ruling will increase the number of lawsuits against drug companies. Some of these cases will be legitimate. Some will not be. In the longer term, the ruling is likely to push companies like Wyeth into enhancing their labels—into making them safer before litigation-- and perhaps as well push FDA regulators as well to be less beholden to the industry they regulate. In other words, the threat of these sorts of lawsuits—now made more tangible and forceful by the Supreme Court-- may generate more safety more quickly for more consumers than the FDA and the companies have so far been unable and unwilling to guarantee on their own.